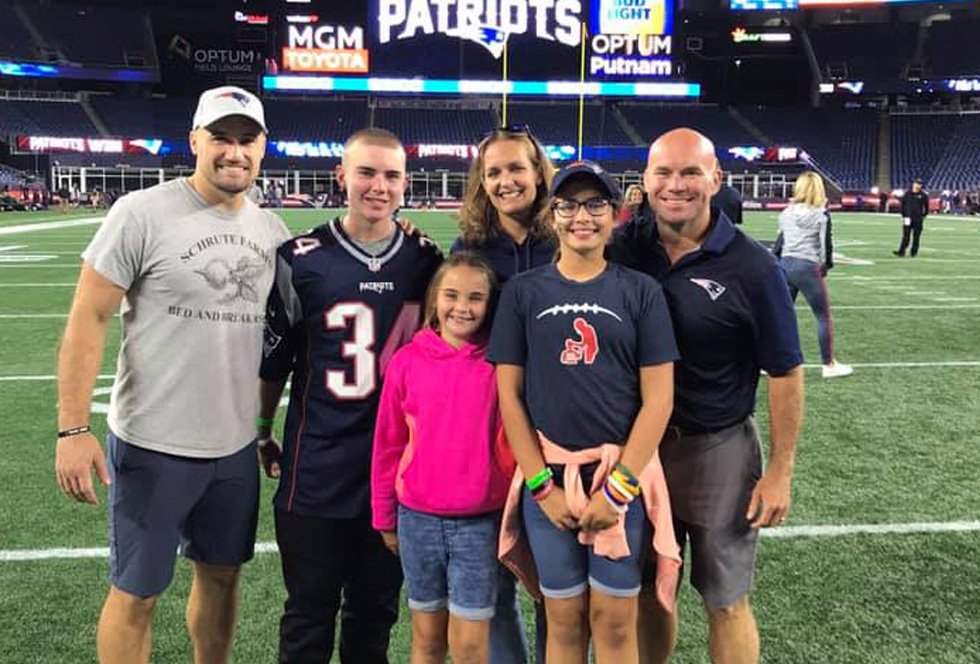 Since his son’s diagnosis in April 2011, one of Andy Hoffman’s goals was to write a book documenting his son’s journey with brain cancer in hopes to raise awareness for the disease and to help other families. The first several chapters were complete in 2015, but as with most people, work, family, life got busy. Jack was five years old at the time of his brain tumor diagnosis. His battle has been a public fight since late 2011 when he became friends with former Nebraska Husker, now New England Patriots Running Back, Rex 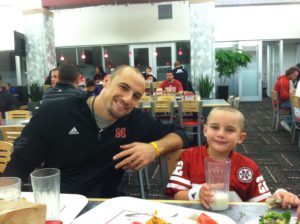 Burkhead. This friendship opened doors for Jack which his family used to raised awareness for childhood brain cancer. From a touchdown run in the 2013 Nebraska Spring Football Game to winning an ESPY Award for “Best Moment in Sports” and even visiting the 44th President of United States in Washington D. C., Barack Obama. Each one of these blessings was an opportunity for the Hoffman Family to continue to spread awareness about childhood brain cancer, with a goal to make it a national priority.

Shortly after Jack was diagnosed, when presented with options for his treatment, Andy and Brianna Hoffman began researching the disease and discovered just how archaic the treatments were. This is when they decided kids with brain cancer deserve better and they must do more.  Even though they knew that the research they would fund may not help their child, they wanted to ensure that the next family had better options.

Andy and Bri got to work and their mission was clear:  raise as much money as possible, as fast as possible and get it into the hands of the best researchers.  In 2012, through the sale of an officially collegiate licensed Nebraska t-shirt, they were able to raise and donate $275,000 to Dana-Farber Cancer Institute for research through CureSearch. In 2013, they officially formed their own 501©3 non-profit organization called the Team Jack Foundation.

The mission of Team Jack is to raise money to fund impactful childhood brain cancer research and work to raise national awareness for the disease. Since its inception, the Team Jack Foundation has raised nearly $8.5 million for research, investing in nine research projects nationwide. One project to which the Team Jack Foundation invested $800,000, called TAK580, was recently acquired by a pharmaceutical company and fast-tracked for FDA approval. This means that children with brain cancer will have access to new treatment faster.

This type of fundraising and progress does not happen without the passion of someone like Andy and Brianna Hoffman. Their efforts to make a change for this rare disease stop at nothing. No ask is too large when you are dealing with the lives of children.

Over the years, Andy had mentioned his desire to finish his book so he could share their story and raise dollars for Team Jack. In early 2020, he met the completion of this goal with a new determination. What was the driving factor behind his new push? Maybe it was divine intervention.

Andy completed and sent the manuscript to the publishing company, Nico11 Publishing in June 2020. In July 2020, after years of advocating for children with brain cancer, Andy was diagnosed with a brain tumor himself, a glioblastoma. Glioblastoma is the worst brain cancer diagnosis for an adult with a median survival rate of about 15 months. The initial 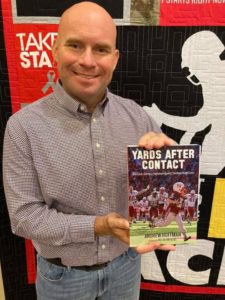 effects from the tumor nearly cost Andy his life. He underwent radiation and chemotherapy as well as weeks of physical therapy and was able to regain many of the skills he lost. Then he set back out on the warpath against childhood brain cancer availing himself for radio interviews and doing everything he could to sell books and raise research dollars and awareness for the leading cancer cause of death in kids.  100% of sales from the books go to the Team Jack Foundation.  In fact, the Team Jack Foundation owns all the rights to the book.

Chapter sixteen of the book is titled “Light Yourself on Fire” a phrase that Andy has often used.    In this chapter, he states: “One crazy, pissed-off dad and his family had lit themselves on fire, and our home state had come to the rescue.”  This didn’t stop in 2013.  To this day, Andy continues to light himself on fire and push to raise money for childhood brain cancer research.  Since mid-September, over 2,000 copies of Andy’s book titled Yards After Contact have been sold, over $60,000 through the sale of a book has been raised for childhood brain cancer research, and it won’t stop there. Andy wrote the book to document and share his son’s journey.  To shine a light on the disease itself.  Andy will not stop fighting for kids with brain cancer, despite his own battle.

Andy’s publisher, Mike Nicloy said, “this mission is stronger than ever.  Now, it is Twice the Fight”.   To purchase a copy of the book, Yards After Contact, click here.