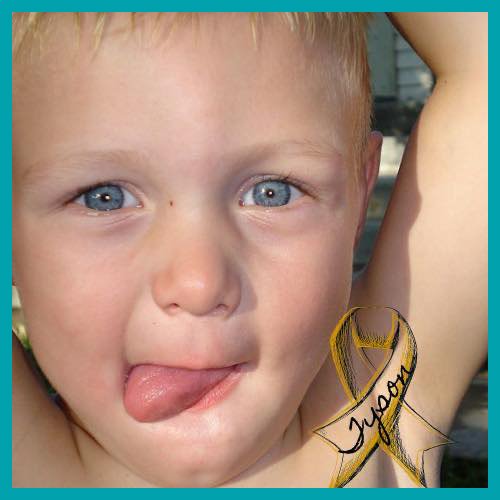 Donate in Memory of Tyson

Tyson Zimmer was born on July 19, 2004.  He was a boy who loved Husker football and country singer Jason Aldean.  More than his interests, he was a little boy who had a huge heart.  In 2011, when Tyson was seven years old, he was diagnosed with a medulloblastoma brain cancer and underwent surgery to remove a tumor from the back of his brain, but relapsed a short time later. He battled hard teaching his family and friends many lessons. Tyson was able to take a Make-A-Wish trip to Disney World and meet Jason Aldean in Atlanta before he passed away on May 26, 2012.

Tyson’s family formed a foundation called Tyson’s Treasure Chest that gives, blankets, toys and stuffed animals to children suffering from cancer and disease. Tyson was a special little boy who captured the hearts of his family and friends and taught them you get more out of life when you give to others.

To make a donation to fund child brain cancer research in memory of Tyson and his fight, click the red donate button at the top of the page.