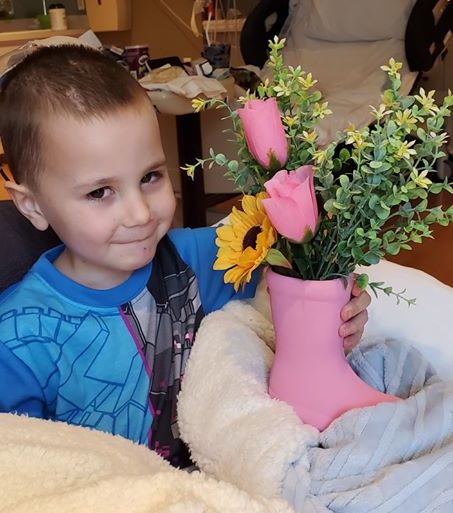 CURRENT STATUS: BECAME AN ANGEL IN 2020

Donate in Memory of Terry

Terry LaFore was a spunky six year old boy from Ogallala, Nebraska. He loved being outside and playing with his three sisters. In March 2020, Terry was diagnosed with a cancerous brain tumor called pediatric medulloblastoma. He endured three tumor resection surgeries, the third of which left him unable to walk and talk. Terry left the hospital and moved to Lincoln’s Madonna Rehabilitation Center for inpatient therapy. During that time Terry and his mom traveled each weekday back to Omaha for radiation therapy. After fighting bravely for five months, Terry passed away surrounded by those he loved. His memory will continue to live on in the hearts of all who knew him. To read Terry’s obituary, click here.

To make a donation to fund child brain cancer research in memory of Terry and his fight, click the red donate button at the top of the page.