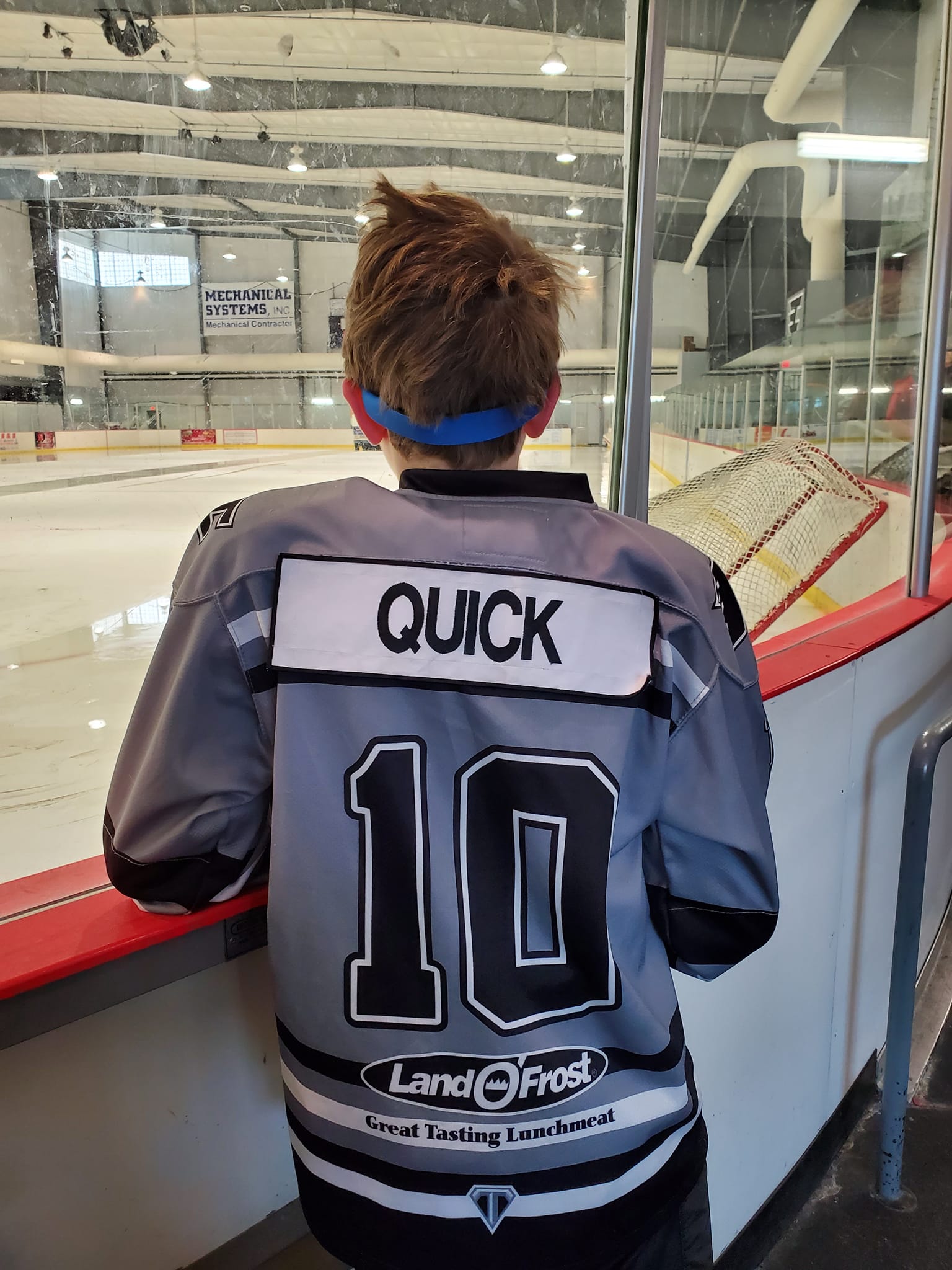 Donate in Honor of Zach

Zach Quick is a 13-year-old from Blair, Nebraska who has a big heart and a love for hockey. At the beginning of the Covid-19 pandemic, Zach was diagnosed with a brain tumor. The tumor had partially wrapped around and grown into his optic nerves. To preserve his eyesight, Zach began his treatment with chemotherapy. Following several months of chemotherapy, a routine scan led doctors to change Zach’s treatment plan, and he underwent a tumor resection surgery. More than half of the tumor was removed during the surgery. After surgery, Zach began radiation treatment at St. Jude in Memphis. Zach lost all vision in one eye, but today, has almost completely regained eyesight.

Having a child diagnosed with brain cancer is difficult and navigating that new territory amid a global pandemic brought additional challenges. Zach and his mom, Jess, were unable to come back home to Nebraska during treatment. Zach’s dad and siblings were also unable to travel to visit him during his most challenging times. Thankfully, the Quick family made it through and, this summer, Zach was back to playing hockey with his team. He participated in the running club and is now back in school with his friends.

Each September the Nebraska Football Team hosts families affected by childhood brain cancer for a pregame practice and time with the team and tickets to the game the next day. This year’s game was on September 4th vs. Fordham. At the pregame practice, Zach stole the show interviewing various Husker players including Adrian Martinez, Austin Allen and more. The Husker marketing team them created a fun video reflecting on the day with the kids entitled “Keep Fightin!”. To watch visit: bit.ly/3px4RdL.

“Zach had such a good time. They let him interview the Huskers and he just had a blast with it,” Jess said.

Zach has been battling brain cancer for almost two years. While he is not actively in treatment, Zach and his family continue to monitor for tumor growth every three months but, in the meantime, try to live as normal as possible.

“The only thing you get is time. We are taking it every single minute, and I swear I take a deep breath every time he gets on the ice. There’s just not a lot of treatments out for these kids, so it’s just waiting and see and hope and pray,” said Jess.

To make a donation to fund child brain cancer research in honor of Zach and his fight, click the red donate button at the top of the page.

“Thank you, Nebraska, and all the people in it who are helping all the kids like me fight for a cure and find it. Thank you.”