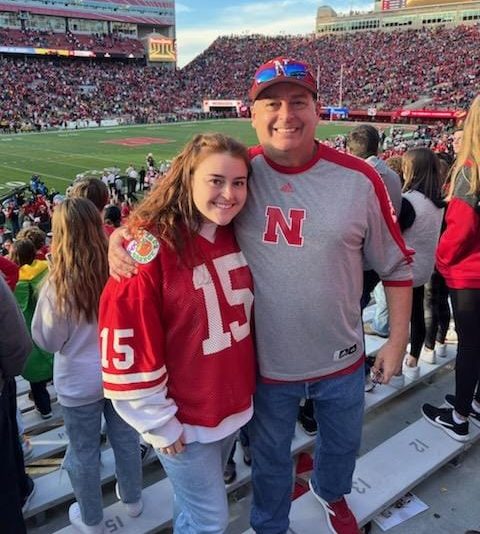 Donate in Honor of Maddie

In early May 2013 at age 13, Maddie Hellwig began complaining of headaches.  Her dad, Craig, never thought it could be a brain tumor.  His wife, Susan, had brain surgery in January that year that pinpointed her epilepsy, so Craig started closely observing his daughter’s symptoms.  Maddie then began to see things that were not there. Craig and Susan took Maddie to the doctor with the encouragement of her school nurse. The doctor ordered an MRI on the day after Memorial Day in 2013. The following day, the family learned they found an ependymoma brain tumor that was located by her optic nerve. This is a tumor of the central nervous system.  Two days later, like her mom, Maddie too had brain surgery.  Thankfully, two days after surgery, she was released, which still amazes her family. Because the tumor was still encapsulated, Maddie avoided chemo and radiation because they were able to remove 100 percent of the tumor.

Since then, all of her MRIs have been clean with no regrowth of any more tumors. Maddie is now a college senior at the University of Nebraska-Lincoln. Maddie and her family are still heavily involved in the Team Jack Foundation and are dedicated to finding a cure

To make a donation to fund child brain cancer research in honor of Maddie, click the red donate button at the top of the page.