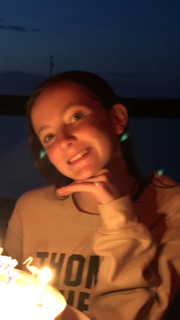 Donate in Honor of Mackenzie

At two years old, Makenzie Kluck was diagnosed with a low-grade non-aggressive astrocytoma in 2008. Since the time that Mackenzie turned one, she had trouble gaining weight, with persistent vomiting and headaches. After consulting with numerous doctors to no avail, she went to the Mayo Clinic in Rochester, MN. An MRI was done to see if they could find the source of her headaches. On September 17, 2008, Makenzie’s doctor informed the family that the MRI revealed a golf ball-sized tumor in her lower brain, upper spinal cord area. Following her initial surgery that removed nearly 80% of her tumor, Makenzie followed up with MRI’s every three months to watch for tumor growth but needed no further treatment. In 2013, a routine MRI revealed slight tumor growth so Makenzie began a chemotherapy treatment plan. In 2014, she qualified for a clinical study at St. Jude’s in Memphis, TN, and continued chemo until 2017. Since then, her tumor has remained stable and shown no new growth. Mackenzie continues to go every six months for follow-up scans to watch the tumor. She is now a teenager who amazes so many with her strength and resilience.

To make a donation to fund child brain cancer research in honor of Mackenzie, click the red donate button at the top of the page.