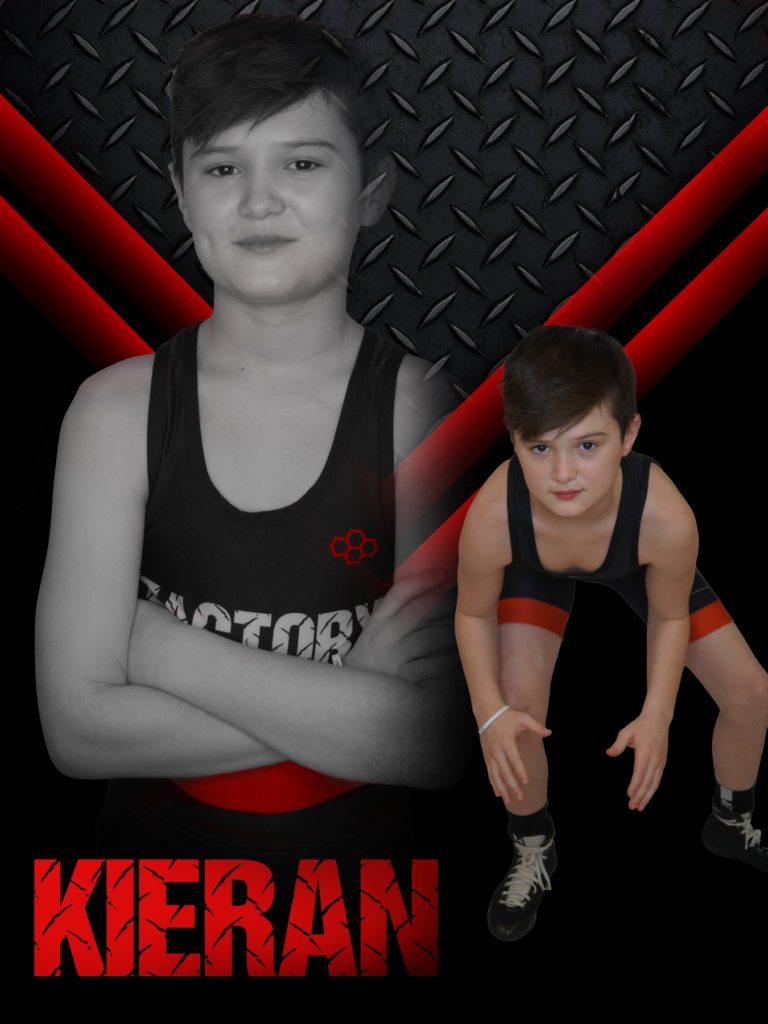 Donate in Honor of Kieran

In December of 2020, 12-year-old Kieran Akerson, from Valley, Nebraska was diagnosed in with a brain tumor (low grade glioma/astrocytoma). He underwent an 11-hour resection surgery on January 13, 2021, and after several weeks of rehabilitation, he was able to go home. Currently, there is residual tumor that is being monitored closely and another resection in the near future is probable. Kieran has been a wrestler since he was five years old and is a multiple-time state champion. After being directly affected by childhood brain cancer and learning of the lack of funding and outdated treatments, Kieran’s family started an annual charity youth wrestling tournament in Omaha with funds benefiting Team Jack and their Brain Tumor Program at UNMC and Children’s Hospital in Omaha, Nebraska. For information on the tournament, visit takedownthetumor.org.

To make a donation to fund child brain cancer research in honor of Kieran and his fight, click the red donate button at the top of the page.