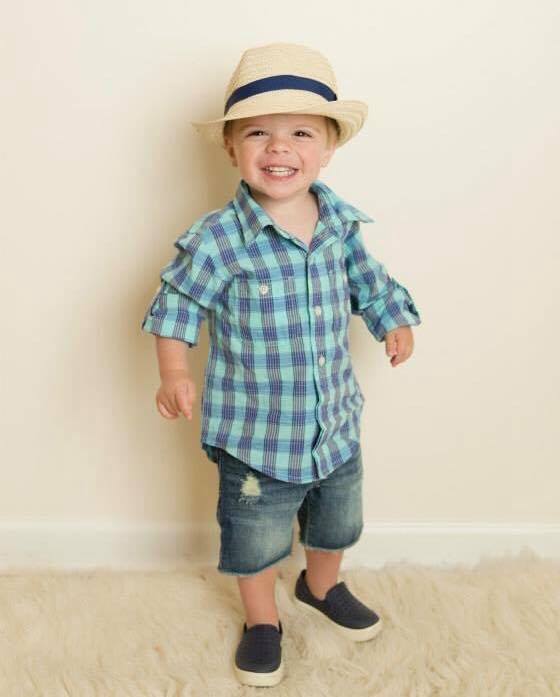 CURRENT STATUS: BECAME AN ANGEL IN 2015

Donate in Memory of Super Jack

Jack Speichert, better known as Super Jack, celebrated his 2nd birthday on June 9, 2014. Just one month later, in July 2014, Jack’s parents became concerned about an ongoing sickness.  After numerous doctor visits, rounds of antibiotics and still not getting over his sickness, they became even more worried for their little boy.  The doctors advised them to make sure that Jack got plenty of rest and fluids.  One day, Jack slept the whole day, but was not getting the fluids he needed, his dad called the doctor for the third time.  After another visit to the urgent care, the doctor noted that Jack was not dehydrated, but noticed something was not right.

On July 14, 2014, the doctor admitted Jack to the hospital.  On July 15, an MRI revealed a large mass in his head, roughly the size of a racquetball.  Jack was diagnosed with a rare, cancerous tumor only found in young children — about 50 documented cases in the world at that time — with a survival rate of about 10 percent. Doctors were hopeful that the next morning Jack could be taken into surgery to remove what they could of the tumor, however, because the tumor was causing so much pressure, his body began to shut down.  They rushed Jack into an emergency surgery where 75 percent of the tumor was removed.  One week later, the other 25 percent was removed.

On August 3, 2014, Jack and his dad headed to St. Jude’s Hospital to begin treatment.  Jack’s mother, Sarah, was nearly nine months pregnant, so had to stay behind.  Once the baby was born, Sarah joined her family. When they arrived at St. Jude’s Hospital, Jack ran into another complication.  He had a staph infection.  On August 7, Jack had another surgery to clean out the infection in his head.  As a result, doctors did not put part of his skull back, which is why Super Jack had to wear a helmet. After recovering from his surgery, they started treatment.  The original treatment plan was four rounds of chemotherapy (28 days for each round) followed by radiation.  After just three rounds of chemotherapy, they realized the tumor was growing back. They immediately stopped the chemo and went right to radiation.  Because Jack was so young, doctors wanted to attack the tumor as best they could.  This type of radiation would focus on the tumor, but also radiate a small region outside of the tumor to ensure that the tumor would not come back. Jack went through 30 days of treatment. After radiation, they performed more scans.  At that time, it seemed as though the radiation had slowed down the tumor growth. They went back to the drawing board for the next steps.  Doctors decided they would elevate Jack from the normal level of chemotherapy to two rounds of a high-risk level.

In March, he had another scan that revealed the tumor was still growing.  After this, Jack was put on a clinical trial. On June 9, Jack and his family returned home.  Jack was doing really well; however, a few days later, another scan showed his tumor was growing back.  Jack entered hospice care and passed away just a few days later on August 22, 2015. Jack’s parents called him “Super Jack” after the Man of Steel and other superheroes.  Although Super Jack lost his battle to cancer, he still put up a heck of a fight and for that, he will always be a true hero, Super Jack.

To make a donation to fund child brain cancer research in memory of Super Jack, click the red donate button at the top of the page.