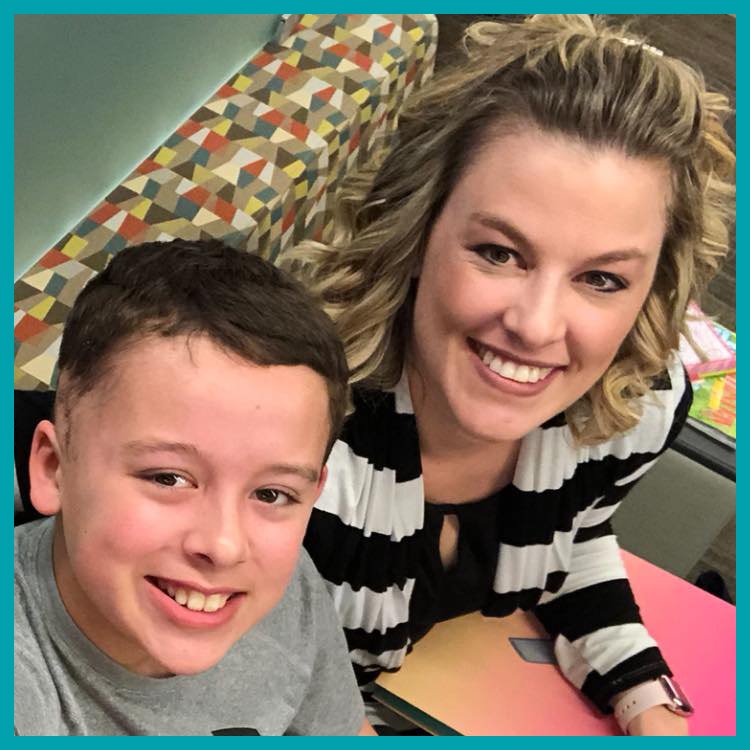 CURRENT STATUS: BECAME AN ANGEL IN 2018

Donate in Memory of Landon

Landon Martin (pictured above with is mother, Valerie) was 12 years-old when he was diagnosed with an aggressive brain tumor in March 2018. After fighting for almost six months, Landon passed away in August of 2018. Landon loved life, and he loved God. He was happiest when enjoying the gifts of God’s creation. Outdoor adventures, hunting, fishing, and sports were all passions he pursued daily. Most important to Landon, however, was family. He loved being a big brother to Callie, Kimber, and Crew. The bond and love he had for his siblings were tangible; he was Callie’s best friend, Kimber’s hero, and Crew’s favorite place to snuggle. He had a special bond with his mom and dad as well. He had a way of asking his mom for things and she was rarely able to resist his sweet face. He could never get enough time with his dad, especially when they would go fishing alone for hours. Although they brought home some nice bass, the hours spent bonding and talking were the real catch. When they were not in the boat they were in a tree, chasing whitetail deer with a stick and a string. Landon was actively involved in sports. Saturdays in the summer were spent on the ball diamond, and afternoons in the fall on the football field. Landon was brave and strong and taught his family how to live each moment.

To make a donation to fund child brain cancer research in memory of Landon and his fight, click the red donate button at the top of the page.