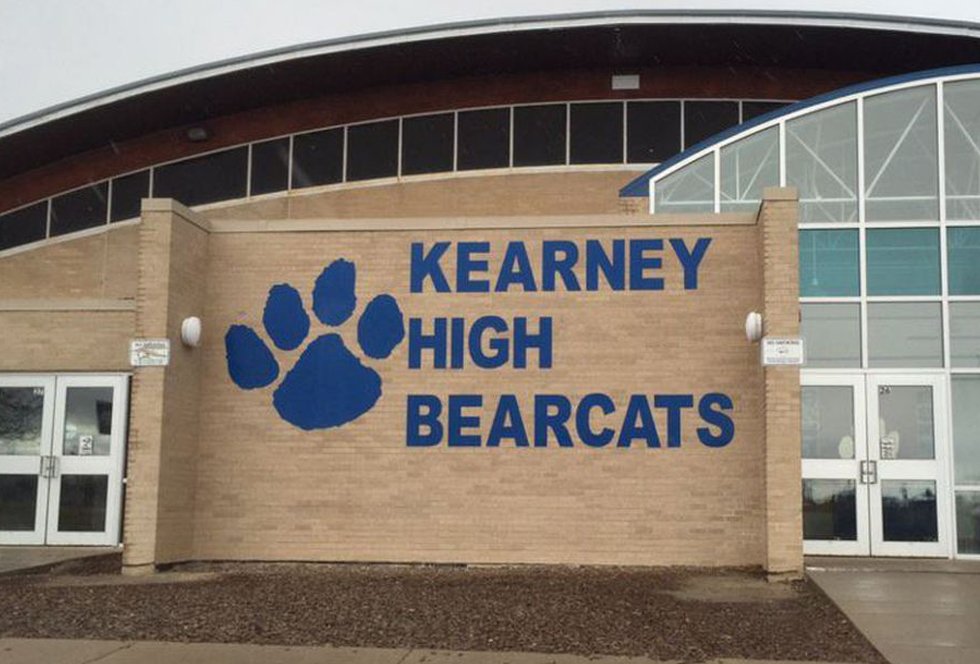 On Tuesday, January 19, the Kearney High School basketball teams hosted the Lincoln East Spartans and did so with a purpose: to raise awareness for childhood brain cancer. The teams from Kearney, both boys and girls, varsity and junior varsity wore custom-made Team Jack t-shirts for warm-ups to raise awareness for the leading cancer cause of death in children. The t-shirts were blue with white and gold print and sported the Bearcats paw on the back and the words “Twice the Fight” on the front. This cause is close to Kearney High JV Boys player, Jordan Shaw.

Jordan’s mother, Trina, said, “we were excited to have this opportunity to hold a Team Jack Awareness event with the Kearney High School basketball teams.  Our son Jordan, who is a pediatric brain cancer survivor, saw other teams supporting Team Jack by wearing the Twice the Fight t-shirts and he wanted to raise awareness in our area and his school for pediatric brain cancer. He approached the coaches about holding an event and we received overwhelming support from the KHS basketball coaches.”

Not only did the Shaw family personally purchase the shirts for over 60 basketball players and coaches they also organized a raffle for the game night to raise funds for the Team Jack Foundation.

“Due to our personal experience, we understand the paramount importance of continuing to raise awareness, money and support for pediatric brain cancer research,” Trina said. In addition to the raffle proceeds and donations, the awareness raised for childhood brain cancer through this Team Jack Awareness game is immeasurable. 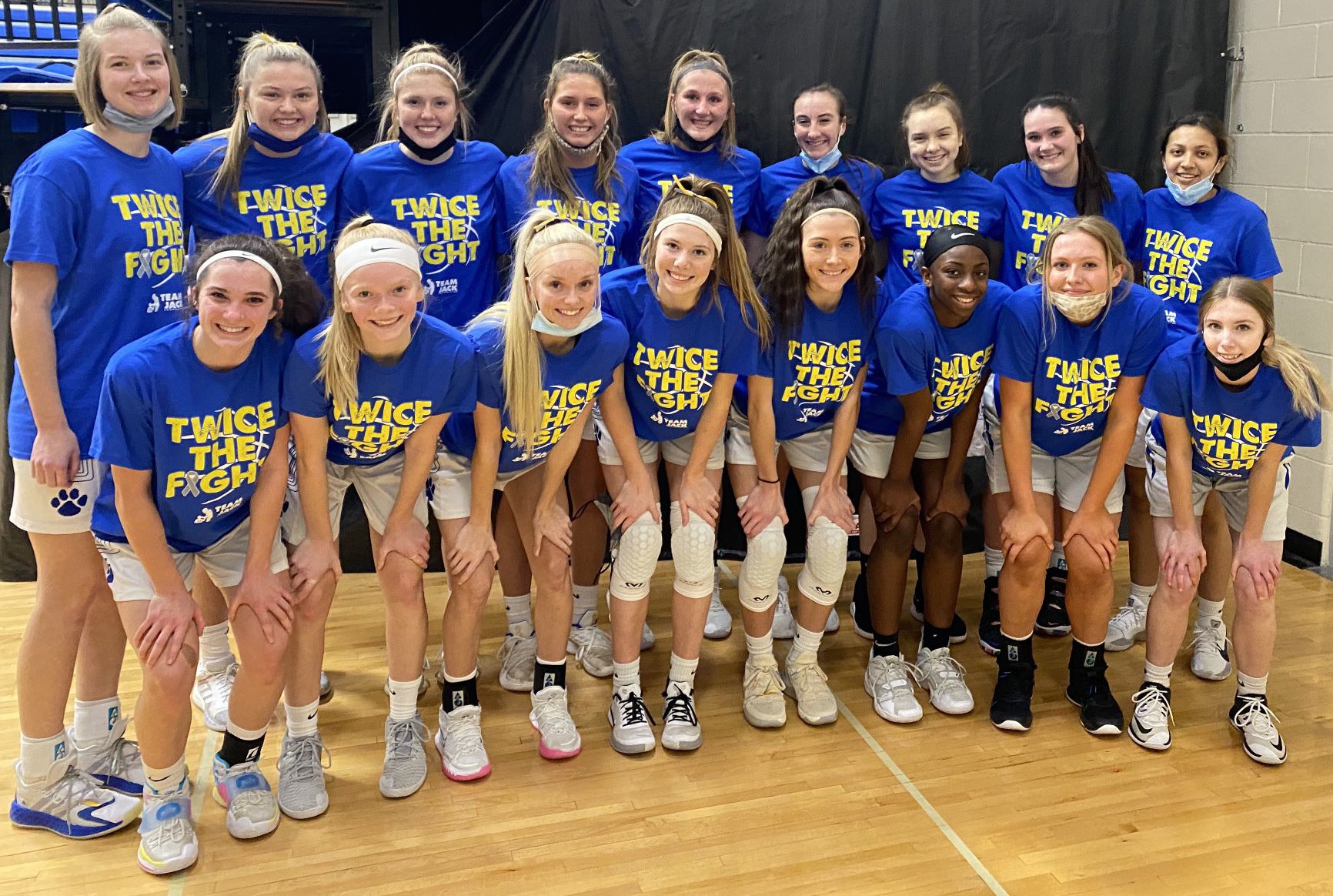 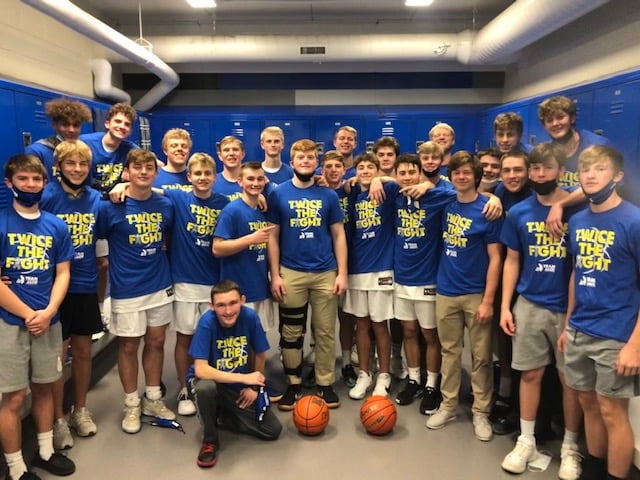 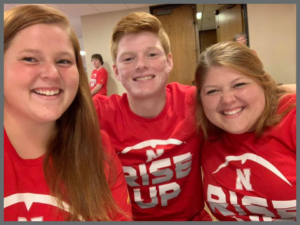 Jordan Shaw with his sisters, Bethany and Marissa.

About Jordan’s Fight
In 2007, Jordan was just three years old when he was diagnosed with brain cancer after suffering from two seizures. His tumor was a grade two astrocytoma which required two surgeries. As a result of the surgeries, Jordan experienced fine and gross motor skill difficulties, language processing and emotion control issues. Two years post-surgery, Jordan began having seizures again and had to begin taking medication to manage them. Thankfully, he was able to go off the seizure medicine in 2015 and now has an annual MRI to check for possible tumor regrowth. He continues to deal with lasting symptoms, but overall is doing very well. Unfortunately, he was unable to play in the game on the 19th due to a torn meniscus in his knee. 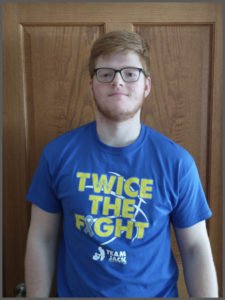 To join the fight against childhood brain cancer research, click the button below to make a donation.