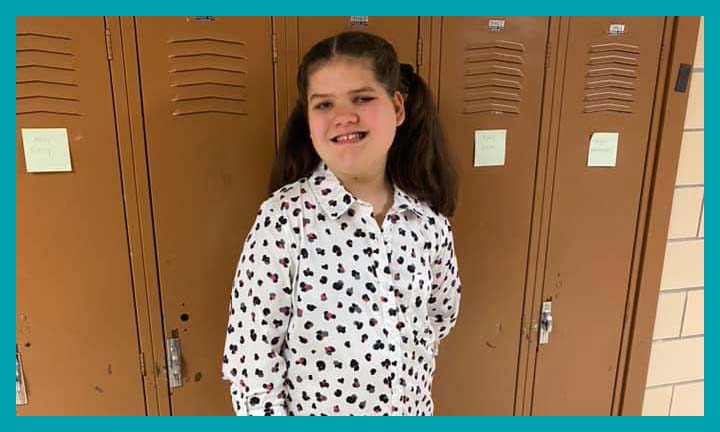 Donate in Honor of Kallie

Just before Kallie Brovold turned five, her family was working with doctors to determine what was causing her seizures she was experiencing. In June of 2013, they arrived at the hospital, meeting with almost 10-15 doctors all stemming from different teams – neurology, oncology, neurosurgery, and teaching services.  They scheduled her 3T MRI for the next day. The results came back – Kallie’s tumor was the size of an egg, which was actually below average in size for a brain tumor.  After consulting with the doctors, a decision was made that surgery was the next best step for her diagnosis.  Kallie was able to have a specific type of surgery called intraoperative magnetic resonance image-guided neurosurgery with the same 3T MRI machine she had used earlier. The surgeon was able to remove nearly 90% of the tumor, which was a Grade III anaplastic astrocytoma brain tumor, a very rare yet aggressive tumor.  The doctor needed to remove more to ensure Kallie could eventually be cancer free, so a second surgery was scheduled for September 4, 2013. The doctor resected her entire brain tumor, and an EEG revealed Kallie was seizure free! Following the second surgery, Kallie underwent proton beam radiation as well as rehab. She did physical therapy and saw improvements in her talking and walking. On January 9, 2014, her family was told Kallie was cancer free.  New types of therapy were implemented to increase her mobility, vision, and hearing so that she continued to see positive advances.  Kallie has continued to have clean scans and continues to improve.  Kallie’s spirit shows she is a true fighter that never, ever gave up.

To make a donation to fund child brain cancer research in honor of Kallie and her fight, click the red donate button at the top of the page.