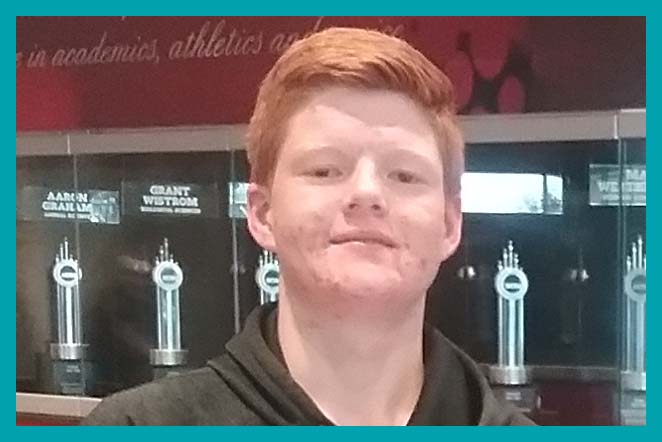 Donate in honor of Jordan

In April 2007, Jordan Shaw, then age 3, experienced a seizure. Following a CT scan, emergency room hospital staff indicated children sometimes have seizures and to just take him home and observe him.  In June 2007, following another seizure, his doctor ordered an MRI, which revealed a tumor in his cerebellum. Jordan had two surgeries at Children’s Hospital & Medical Center in Omaha to remove a grade 2 astrocytoma brain tumor and following surgery Jordan experienced fine and gross motor skill difficulties, language processing and emotion control issues. During kindergarten, in 2009, Jordan began experiencing seizures again, and was placed on medication for 7 years to manage seizure activity.  Jordan was able to stop taking seizure medication during 6th grade in 2015, because the seizures seemed to have stopped. Due to complete tumor resection, MRIs were performed at three-month, six-month and then one-year intervals for 10 years to monitor for possible tumor regrowth, his last MRI was in 2017.  Jordan continues to deal with brain injury symptoms possibly caused by brain surgery and seizures. His family feels very fortunate that Jordan is doing well medically and appreciate the opportunity to be involved in the Team Jack family.

To make a donation to fund child brain cancer research in honor of Jordan and her fight, click the red donate button at the top of the page.