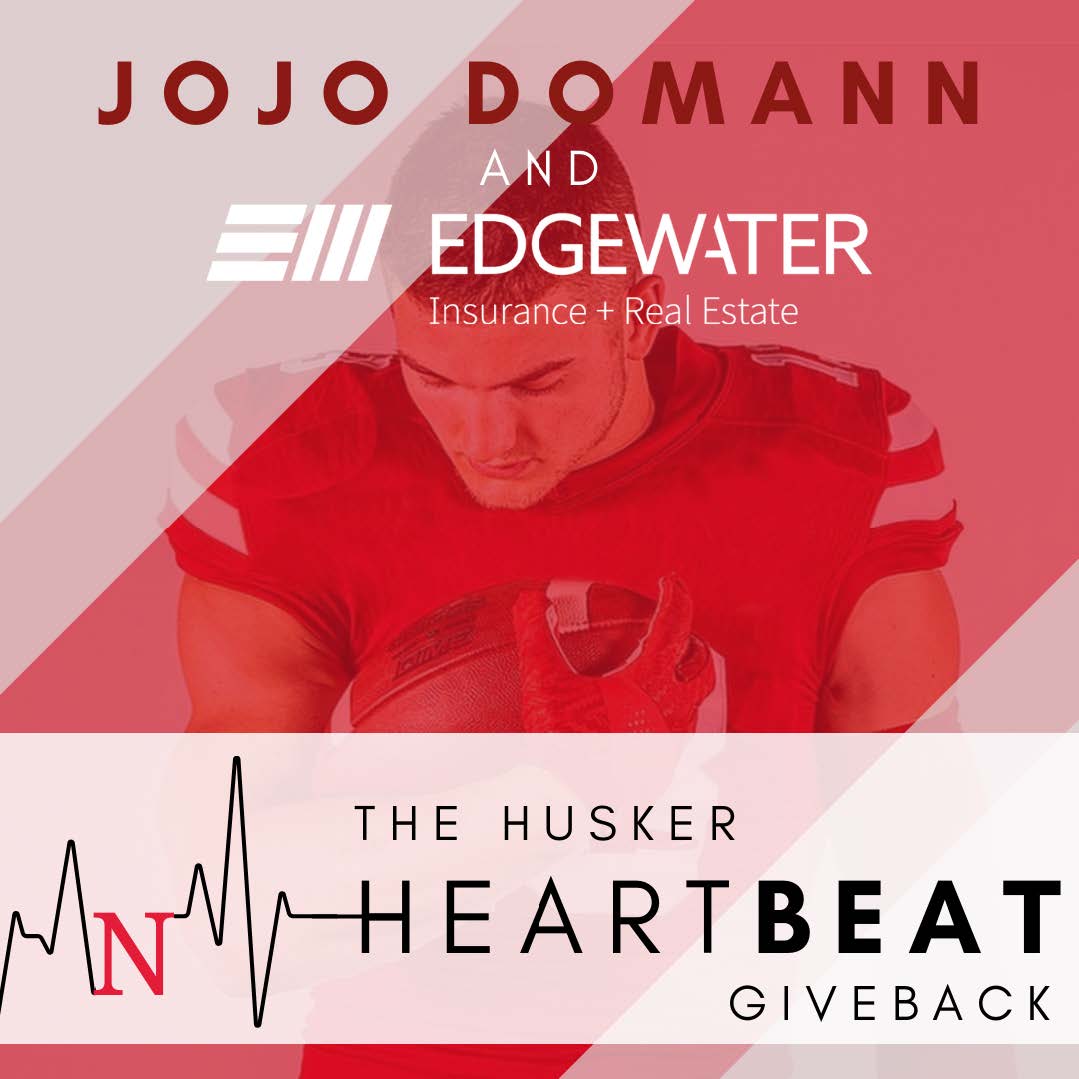 The Team Jack Foundation is proud to be one of the recipients of the funds alongside Kai Nowlin, Compassionate Int’l Kid, Pro Football Camp Scholarship Program, and Sam Foltz Foundation. JoJo remembers Team Jack namesake, Jack Hoffman, running for a touchdown in Memorial Stadium in 2013 and has been aware of the cause ever since.

Edgewater and Domann agree that each of these organizations deserve the eyes, ears and hearts of Husker Nation.

“We know Nebraskans have big hearts and there are so many worthy causes that deserve our attention. Our hope is that Husker fans and citizens of Nebraska will join in to support these charities, making the impact even greater,” shares J.R. Johnson, Chairman of Edgewater Insurance + Real Estate.

Domann is no stranger to Team Jack and their mission.  Each summer at the Nebraska Football Road Race, the Husker football team participates directly with the families affected by childhood brain cancer.  Funds from this event are dedicated to the Power 5 Childhood Brain Tumor Program at the University of Nebraska Medical Center, an initiative that the Team Jack Foundation committed $5 million in 2018 for research, education and pain management.

Domann said, “the Nebraska Football Road Race is an important event because it gives the football team an opportunity to give back to the community and help raise awareness for childhood brain cancer. All Huskers are family and the road race is an opportunity to come together and be a part of something bigger than ourselves.”

In addition to the Nebraska Football Road Race, Nebraska Athletics hosts the childhood brain cancer families for a football game each fall. Since 2015, the families have come to a Friday evening walk-through practice and then get to meet some of the players and coaches for dinner. This year’s Childhood Brain Cancer Awareness Game is slated for September 4th vs. Fordham.

“The new NCAA Name, Image and Likeness ruling has really changed the landscape for current college athletes.  We are excited to see these athletes use their platform for the greater good. We are grateful that Jojo has chosen Team Jack and his passion for our cause and families is truly something to be proud of,” said Kylie Dockter, Executive Director.

Edgewater Insurance + Realty and JoJo Domann were a good fit from the start. Both tout strong moral principles and truly value relationships and giving back to the community. The Team Jack Foundation is honored to be selected as one of the 12 charities to receive funds as part of the Husker Heartbeat Giveback program. Raising awareness and research funds for childhood brain cancer is the mission of the Foundation and every opportunity to do that is an important step in funding the cure.