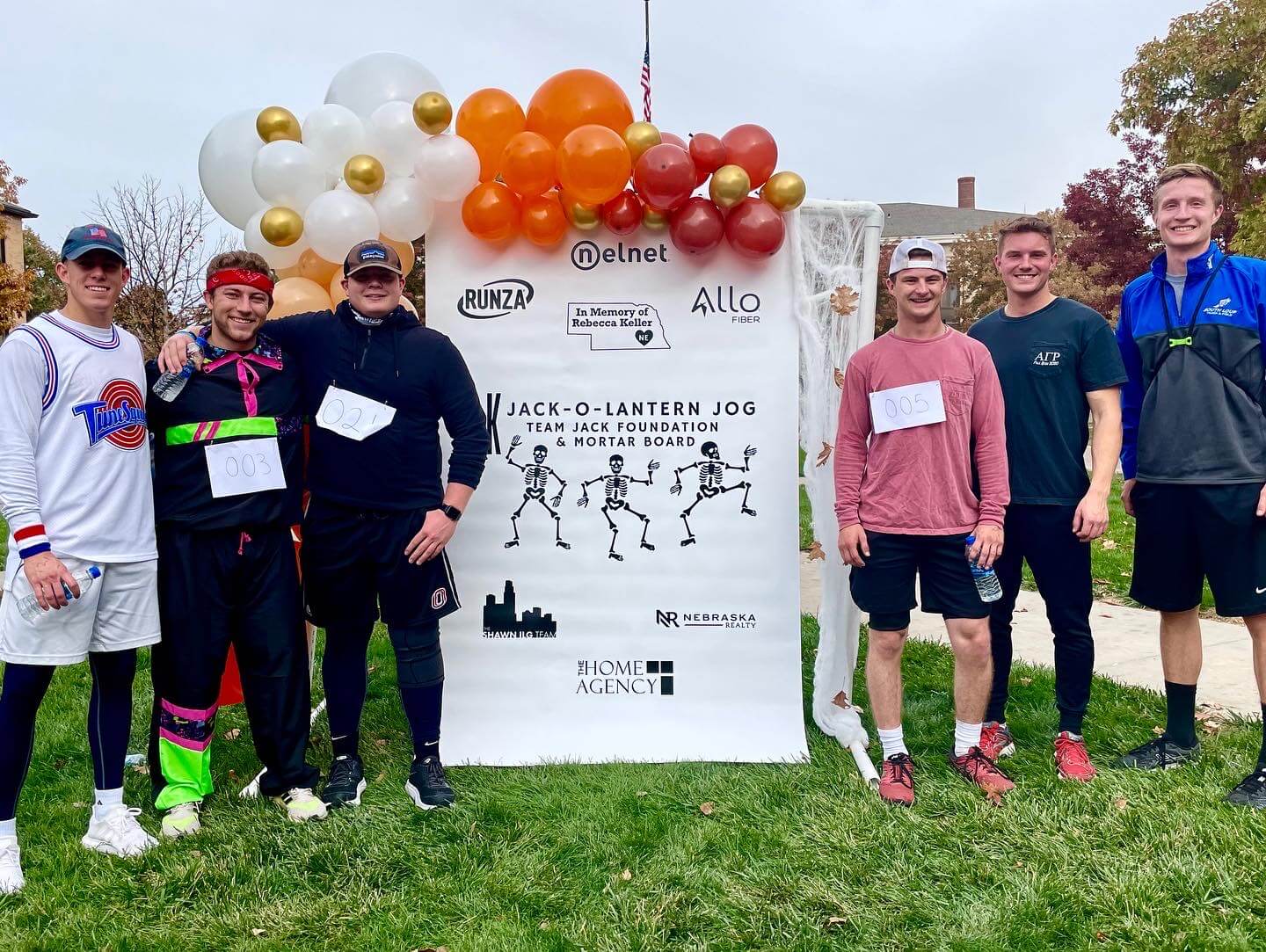 On Sunday, October 30, the University of Nebraska-Lincoln Mortar Board, held a Halloween-themed 5k run called the Jack-O-Lantern Jog. The event began at 10:30 am with the course running through UNL’s East Campus. The event began in 2013 and was held annually benefitting childhood brain cancer through the Team Jack Foundation. After a two-year break due to the pandemic, the Mortar Board members were eager to resurrect the event.

Mortar Board representative, Bekka Hitz said, “Being able to bring back this event was really exciting for me and the rest of the UNL Mortar Board members. We are so happy with how it turned out and the money raised. It was such a fun way to bring the community together and raise awareness for pediatric brain cancer.”

There were over 75 participants at this year’s Jack Jog and the organizers were pleased with the turnout that raised nearly $1,600 for childhood brain cancer research. Volunteers from the Team Jack Foundation, Marilyn Mecham and Monica Waggoner, were on hand to address the crowd prior to the start of the race. They spoke about how devastating childhood brain cancer is and stressed the need for research so better treatments and cures can be found for kids.

Team Jack Foundation Executive Director, Kylie Dockter, said, “We continue to be blessed by the support of events like the Jack-O-Lantern jog! Since our inception in 2013, third-party fundraisers have been raising vital research dollars to make an impact for childhood brain cancer. We are especially grateful for the UNL Mortar Board members, and the event sponsors as well as the participants for making the 2022 event a success!” Stay tuned for information on next year’s race!