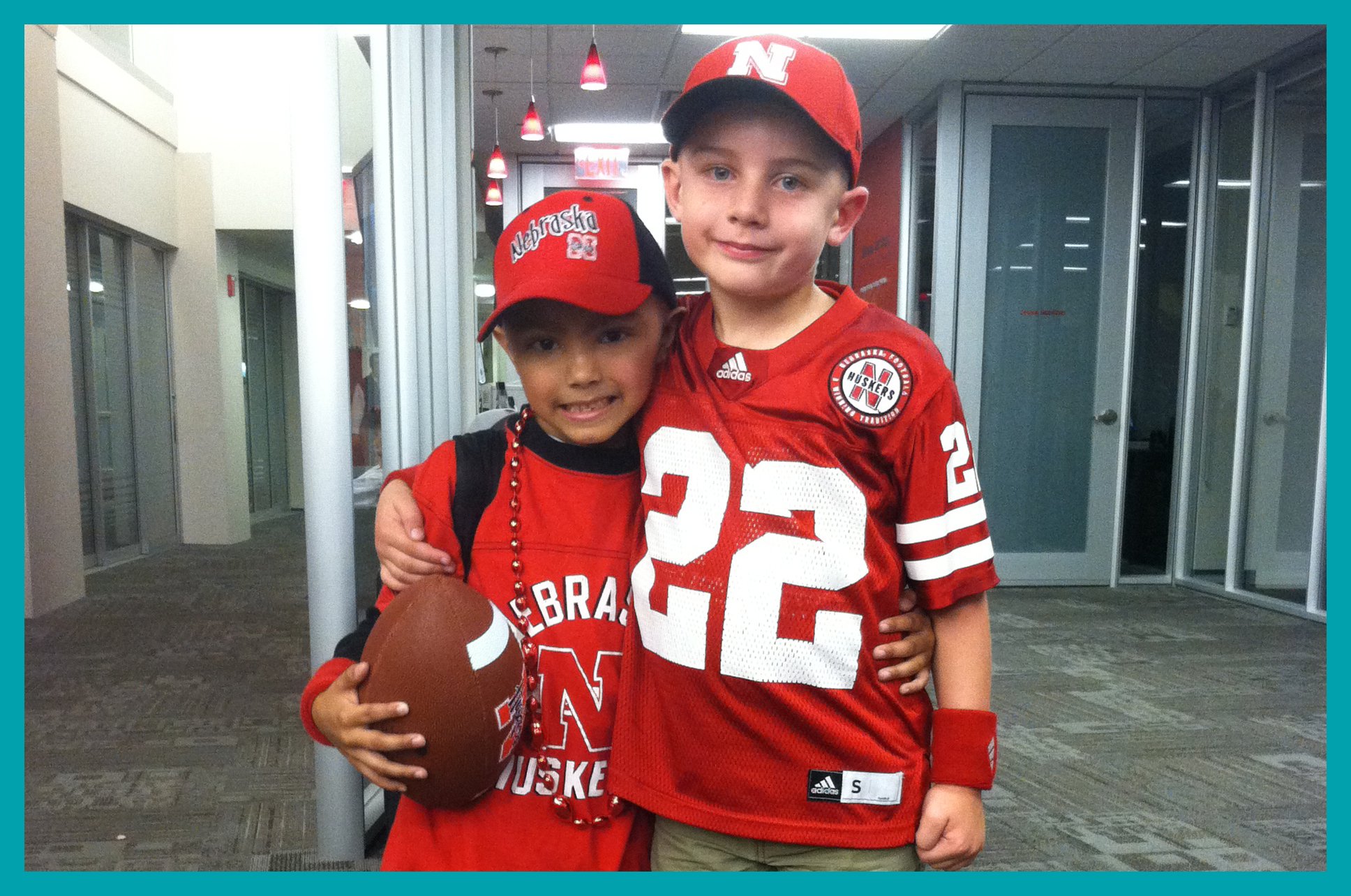 Donate in Memory of Isaiah

Six-year-old Isaiah Casillas of McCook (pictured above with Jack Hoffman at the 2012 Nebraska Pediatric Brain Cancer Awareness Game), NE loved SpongeBob SquarePants, Husker football and hugs. Isaiah’s symptoms began in March 2012 on a morning when his father couldn’t wake him up before school and when he started experiencing seizures. Doctors in Denver made the initial diagnosis of brain cancer, and after treatment with radiation and chemotherapy, Isaiah came home to McCook, and the family settled into new routines centered around Isaiah’s needs. As Isaiah’s condition worsened, his parents decided to seek a second opinion at Children’s Hospital & Medical Center in Omaha. Isaiah underwent surgery install a shunt on his brain to draw off the fluid that was building up and creating pressure on his brain. After Isaiah began to lose the use of his legs, the family traveled back to Children’s Hospital in Denver. The day before Thanksgiving, doctors at Children’s Hospital in Denver gave the family the worst possible news. Isaiah’s cancer had spread throughout his spine. All that could be done was to make him comfortable. Isaiah was a first-grade student at McCook Elementary School. His favorite subjects were reading, math and of course, recess. Isaiah loved Husker football and was blessed by a special opportunity to spend time with the players. On September 29, 2012, Isaiah and Jack Hoffman lead Nebraska’s Tunnel Walk entrance into Memorial Stadium before the Huskers’ 30-27 come-from-behind win over Wisconsin. He was also the recipient of a Make a Wish Trip to Disney World in Florida. Isaiah lost his fight on Sunday, December 2, 2012. He brought so much joy to people’s lives and hearts and was such a gentle inspiration to all those that met him. Isaiah uplifted the hearts of everyone who was trying to uplift his, and he leaves a lasting legacy.

To make a donation to fund child brain cancer research in memory of Isaiah and his fight, click the red donate button at the top of the page.