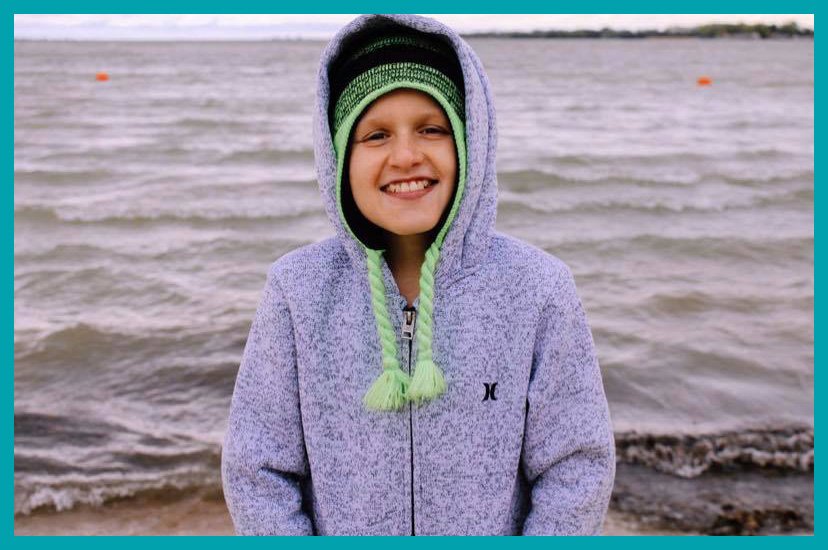 Donate in Memory of Grady

Grady Simants, 12-year-old from North Platte, Nebraska, began fighting brain cancer in March of 2015. It was then that he was diagnosed with medulloblastoma, the most common malignant brain tumor in children. Grady’s tumor was a combination of subtypes 3 and 4, which are the least studied of the four subtypes.

After undergoing resection surgery to remove the tumor, Grady had to do extensive rehab as he had suffered a stroke during the surgery and was unable to eat, walk or talk. Following rehab, Grady went through eight weeks of radiation as well as one year of monthly inpatient stays for chemotherapy.

In July of 2016, Grady was declared cancer-free, which he enjoyed for a little more than two years.

In September of 2018, Grady’s scans had changed. After watching the spots for the next six months, Grady and his family learned that his cancer had returned to his brain and had metastasized to his spine. Grady had a second resection surgery and then began treating in Memphis, Tennessee at St. Jude’s Research Hospital. While they had a positive experience at St. Jude’s the Simants longed to be closer to home for treatment.

Beginning, in the spring of 2020, Grady started receiving treatments in Omaha as part of a clinical trial and held his own for quite some time. He continued to love to do all the things other kids his age did, but he is limited in many aspects. Grady enrolled in a clinical trial in Georgia and made several trips there. Ultimately, Grady wanted to be closer to home so they were able to receive treatment in Omaha, which was still four hours from home.

After nearly seven years of fighting, Grady was tired and just wanted to go home. On March 16, Grady’s family posted the following on the Grady’s Avengers Facebook page: Grady was discharged from Children’s Hospital yesterday afternoon and he is home and very happy to be so. After conversations with many providers and talking to Grady; We have decided to come home and start some chemo and stop traveling as Grady wants to spend as much time at home as possible!!!! Coming up on 7 years of watching this strong boy fight this disease, it is time for him to have a say on how this journey will end!!!! #strongestboyweknow #wedontquit

On April 21, three days after his fourteenth birthday, Grady passed away peacefully surrounded by his loving family. Click here to read Grady’s obituary. To make a donation to fund child brain cancer research in memory of Grady, click the red donate button at the top of the page.