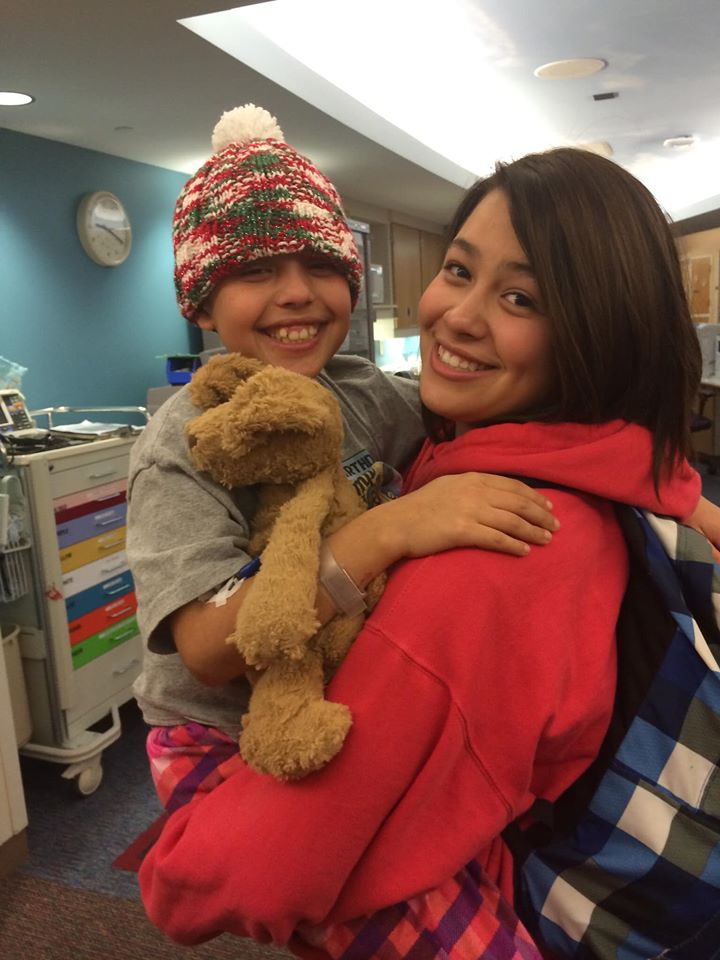 CURRENT STATUS: BECAME AN ANGEL IN 2015

Donate in Memory of Gigi

In January of 2014, two seizures sent seven-year-old Gianna Carrera to the emergency room in Lincoln, NE. After a CT scan, she was immediately sent to Children’s Hospital & Medical Center in Omaha where EEG and MRI were performed. Doctors discovered that she had three masses on the back of her brain on the right side. She also had a pre-existing condition of Neurofibromatosis (NF1), is a rare genetic disorder characterized by the development of multiple noncancerous (benign) tumors of nerves and skin. The first brain surgery was done in February 2014 which removed half of one of the three masses and was diagnosed with high grade anaplastic astrocytoma grade three. They proceeded with the second surgery, where she lost the left half of her sight in both eyes, but overall, a successful surgery. After her incision healed, Gigi then completed several weeks of radiation. Every three months scans were done. In December of 2014, Gigi began to have trouble with her balance and her speech. She went in for scans and found more masses in the back of her brain. The doctors were unsure if it was cancer or radiation necrosis (which occurs when an area of dead tissue forms at the site of a brain tumor after radiation therapy), so Gigi was admitted. Gigi could not have her port back in to receive chemotherapy because she had a cough. She also could not go under anesthesia because it was discovered she had a blood clot in her brain stem. Instead, Gigi received high dosages of steroids to mitigate the radiation necrosis. After trial and error with chemo, Gigi was transferred to UNMC to start a five day a week, two hour long hyperbaric oxygen therapy (HBO) at the Hyperbaric Medicine Center in Omaha in hopes to regenerate new cells to replace the ones that were deteriorating in her cerebellum. After a few days at home, Gigi headed back to Children’s Hospital Omaha because of appetite and mood changes.  On June 19, she admitted for another full MRI.  Although the CT scan was normal, the MRI results showed the radiation necrosis has grown.  In addition, she was suffering a climbing fever and nausea.  Gigi was in pain, no pain any child should have to suffer.  Her family had one goal:  keep her as comfortable as long as possible until they could get her home and make the decision on whether or not to put Gigi on hospice. After days of battling fevers, headaches and nausea, on June 24, Gigi could finally go home, which she did, with nothing by a smile. On Thursday, June 25, 2015, Gianna Carrera passed away, at home, surrounded by her loving family. Gigi was no ordinary kid, she was a constant source of happiness missed by many every day.

To make a donation to fund child brain cancer research in memory of Gigi and her fight, click the red donate button at the top of the page.