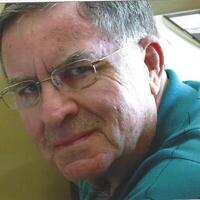 Donations maybe be made via check maybe payable to Team Jack Foundation and mailed to PO Box 607 Atkinson, NE  68713. To donate online, click the donate button below.

Mark James Saulnier passed away December 22, 2020, in Lincoln Ne after a year-long battle with cancer.
He was married to Sharon (Hladik) Saulnier for 56 years. Born in Concordia, Kansas, he was the son of
Rene and Kathryn (Bachand) Saulnier. Mark grew up on the family farm in Kansas until the family moved
to Valparaiso, Nebraska his senior year of high school.

It was here he met Sharon Hladik, who would be his partner in life for nearly 57 years. They married
April 11, 1964 and set off to California and Alaska while Mark served in the Army. Upon completion of
his service, the couple returned to Lincoln and established a family with their two daughters, careers,
and lifelong friends.

Mark began what would be a 38-year career at Pegler (later Pegler Sysco) and found his calling in sales.
His ability to connect and listen to everyone, his small-town charisma, quiet demeanor, and his solid
Midwest work ethic shined brightly throughout his career. After retirement, he continued his
relationships with many of his work colleagues and contacts through card games and golf.

A big part of Mark’s life was spent on softball fields. Mark played AAA fastpitch softball for many years
and fondly remembered, not the competition, but the teammates and friends he made during that time.
He was so proud when his granddaughter followed in his footsteps and became a pitcher and he could
be found down the baseline as her biggest supporter.

Mark wasn’t the loudest in the room, but he had a presence. He knew so many people wherever he
went and if he didn’t know them, he did within 5 minutes. His light-hearted, mischievous humor and
twinkle in his eye will be greatly missed by all who knew him.

Mark is survived by his wife, Sharon; daughters, Michelle Saulnier and Vicki (Dan) Erwin; grandchildren,
Jordan, Matt, and Makenna Scribner; sister Sonja (Steve) Gates, and countless friends. He is preceded in
death by his parents.

Due to current health concerns, a private graveside service will be held for immediate family.

In lieu of flowers, please consider a memorial donation to the Team Jack Foundation.