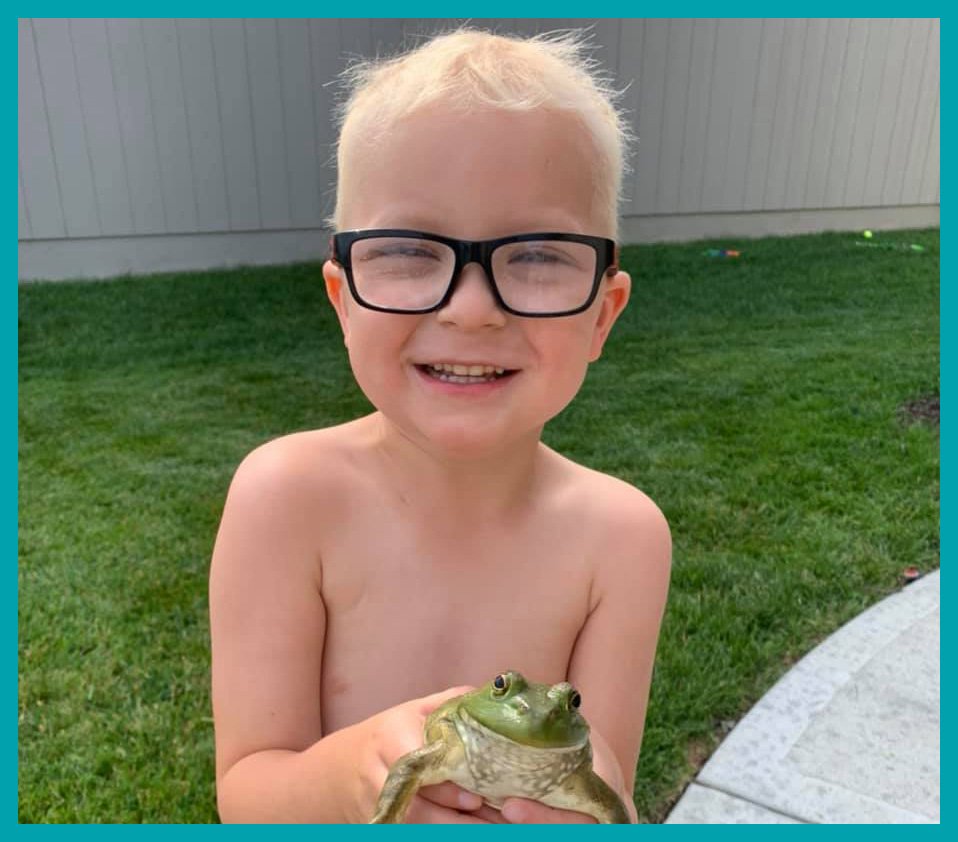 Donate in Honor of Ezra

Ezra Sallman, from Olathe, Kansas, was a 2 ½ year old superhero-loving little ball of energy when he was diagnosed with medulloblastoma brain cancer in late 2017. After falling ill with vomiting, then weight loss and extreme fatigue, his parents took him to the ER for treatment. After diagnosis, they had to wait three days over the Thanksgiving holiday for Ezra’s surgery. The Sallman’s were cautioned by the medical team that Ezra may have serious physical and neurological deficits as a result of the surgery, but knew it was necessary to save his life. His parents said they went from having these dreams for what his life could be to what can they do to save his life and what can they do then to improve the quality of his life. Thanks to his medical team at Children’s Mercy Hospital in Kansas City, Ezra’s entire tumor was successfully removed. While this was wonderful news, Matt and Jaime were worried about what Ezra would be like when he woke up.

Following recovery of the surgery, Ezra underwent six rounds of chemotherapy, the first three rounds were milder and less toxic, but included week-long inpatient stays and five or six doses of chemo each time. Prior to the last three rounds, some of Ezra’s stem cells were harvested, then he was given two types of high-dose chemotherapy. Once the chemo left his system Ezra’s stem cells were re-injected to help him recover quicker. While Ezra handled most of the treatment very well, the last round was very tough on him.

Even through the treatments, Ezra was considered cancer free since his tumor resection surgery in November 2017. He now undergoes scans every three months to check for regrowth. One of the high-dose chemotherapy drugs Ezra took put him at risk for developing secondary cancers in the future. Today, Ezra is doing well, thanks in part to his integrative health plan such as dietary changes to help heal his gut. His parents are trying now to help repair the damage done by the treatment, which includes some hearing loss. Even as Ezra recovered from treatments, his family has not taken his life for granted.  They remain committed to supporting Team Jack and sharing Ezra’s story as inspiration to all other childhood brain cancer tumor fighters.

To make a donation to fund child brain cancer research in honor of Ezra and his fight, click the red donate button at the top of the page.