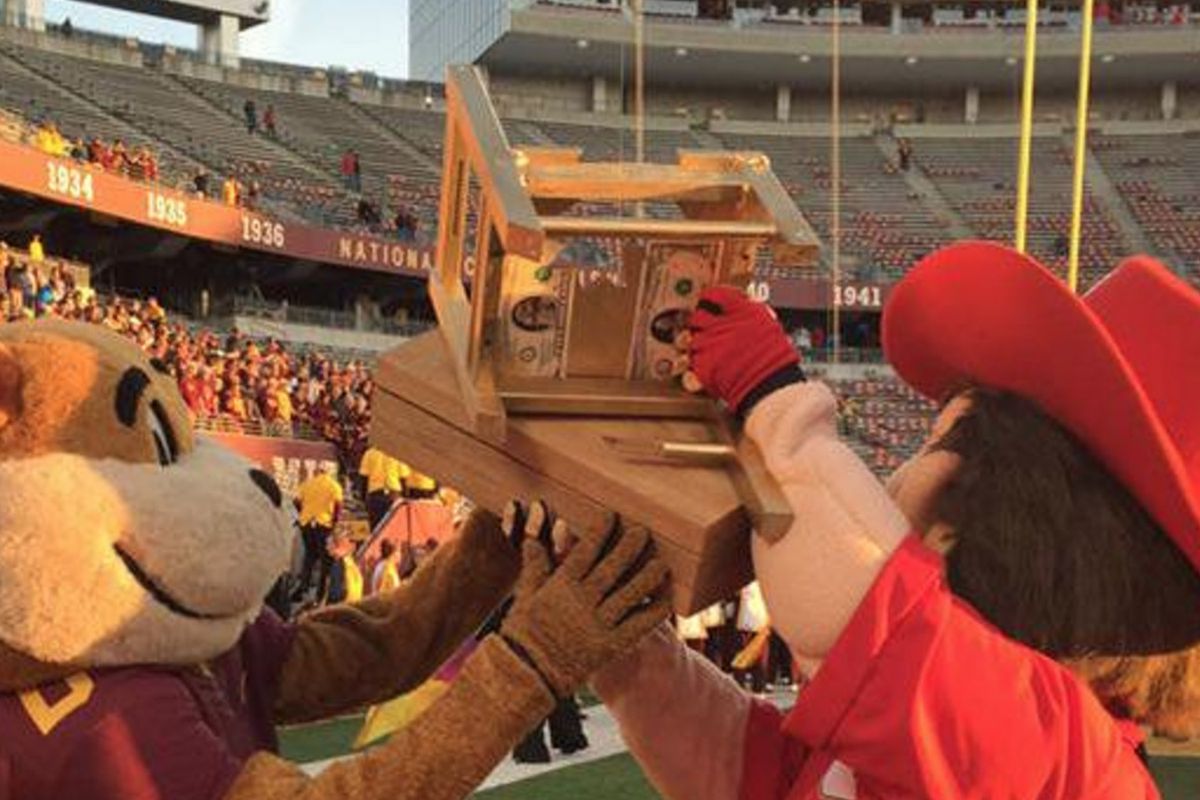 The Broken Chair Trophy fundraiser was amazing in 2021! Although the Huskers didn’t win the game, over $30,000 was raised for childhood brain cancer research! Thank you to everyone that donated and shared to spread the word! Click here to read more!

Support the Huskers in the $5 Bits of Broken Chair Trophy fundraising challenge vs. the University of Minnesota! Proceeds given in support of Nebraska will go to help Team Jack with their mission to fund impactful child brain cancer research and raise awareness for the disease. Funds given in support of the Minnesota Golden Gophers will support the University of Minnesota Masonic Children’s Hospital.

History of the Broken Chair Trophy (from the Chair website):

$5 Bits of Broken Chair Trophy is back!

The $5 Bits of Broken Chair Trophy was established in 2014 prior to the November B1G football match-up between the University of Nebraska and the University of Minnesota. In an exchange on Twitter, accounts for Minnesota’s mascot Goldy Gopher and a parody account of then Nebraska football coach called Fake Bo Pelini (@FauxPelini) made a wager.

Hey @FauxPelini, how about a friendly wager for this weekend’s game? Team that gets the most points gets a conference win? Seem fair? — Goldy Gopher (@GoldytheGopher) November 20, 2014

@GoldytheGopher OK how about if we win you give me $5, if you win I get to smash a wooden chair over your back — Fake Bo Pelini (@FauxPelini) November 20, 2014

@FauxPelini just as long as we can turn that $5 or bits of broken chair into a trophy for next year’s game — Goldy Gopher (@GoldytheGopher) November 20, 2014

Prior to the game, some University of Minnesota supporters went ahead and created that trophy. It was brought to Lincoln for the November 22, 2014 game and returned to Minneapolis after a 28-24 Golden Gopher victory.

The trophy was proudly displayed at University of Minnesota events by Goldy until the following year when it was transferred to the Husker squad. Nebraska players celebrated the 48-25 victory by passing the trophy around the locker room.

Leading up to the 2016 match-up, rumors began to circulate that the athletic departments of both Universities were planning to retire this unofficial tradition. Nebraska defeated Minnesota in Lincoln by a score of 24-17, but the trophy was nowhere to be seen.

For the better part of the next year a group of Husker fans, feeling a responsibility to the rivalry, plotted to recreate the vaunted symbol of friendly competition. With a new trophy in hand, Husker and Gopher fans are collaborating to use the trophy’s popularity to benefit charitable organizations connected to each University.

In 2019, over $15,000 was raised for Team Jack and the Minnesota Masonic Children’s Hospital. The Gophers came out on top of the fundraising as well as the football game this year.