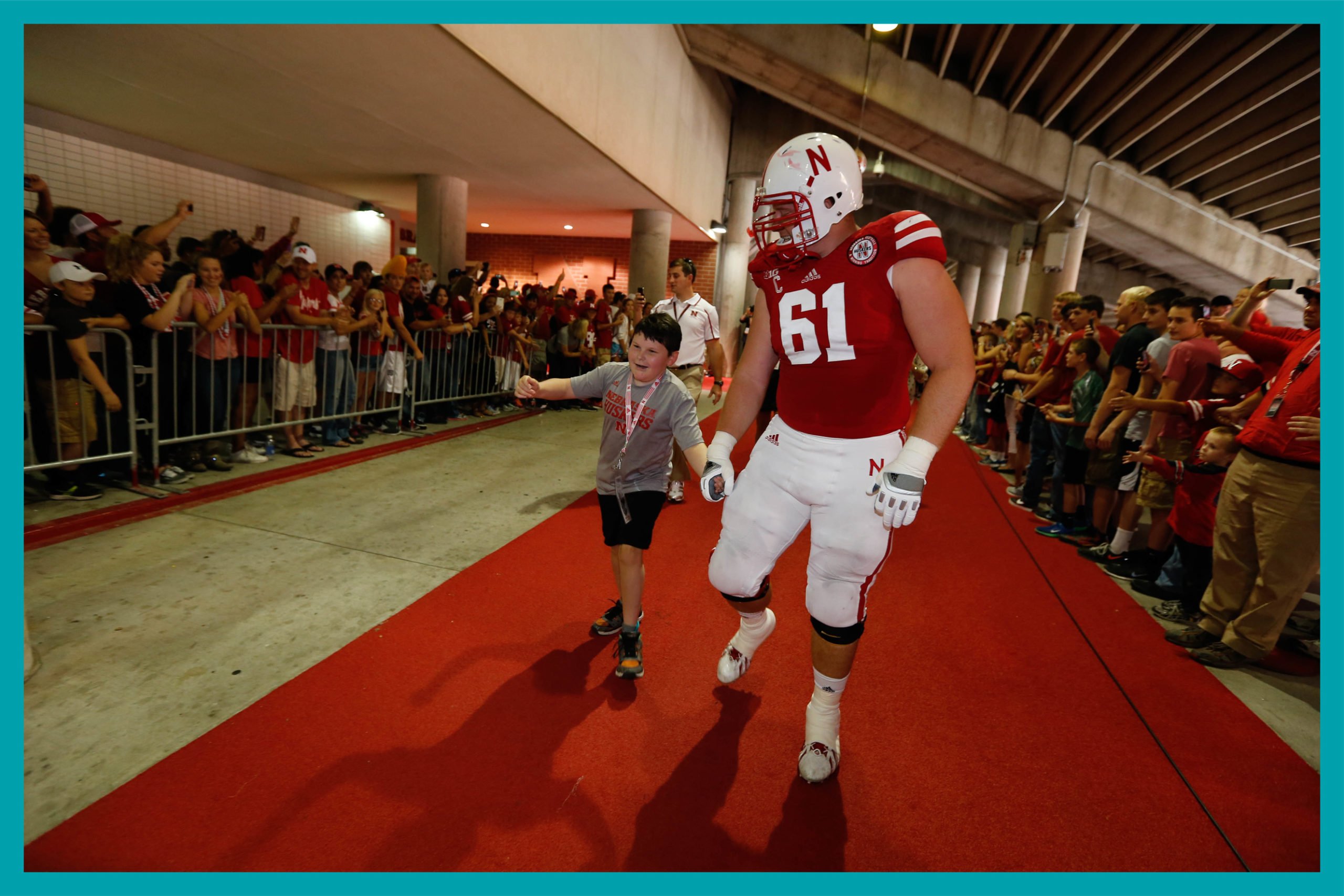 Donate in Honor of Caleb

On October 2, 2006, a month after Caleb Gulizia turned four years old, he was diagnosed with a brain tumor. Although his early prognosis was grim, Caleb is a fighter. Over the next month, Caleb had seven surgeries, including one where his skull was fractured because it was as frail as that of a newborn child.   He had his first surgery on October 4, his second brain surgery was a shunt placement on October 12, his third brain surgery another craniotomy on October 26. Also, that month, he had to have a tooth pulled, a port placed in his chest, and a hernia repaired. All in less than 30 days. Caleb made it through each surgery and the tumor was removed.  However, Caleb’s surgeries had a lasting effect on him. Caleb received six weeks of daily radiation treatments along with 18 months of chemotherapy. For a while, because of his treatments, he was having five to six mini strokes a day. One major stroke left him 100 percent paralyzed on the right side, unable to walk, talk, eat, most of the basic things we take for granted every day.

After his surgeries, Caleb spent three years going to Madonna in Lincoln every day for intense therapy, relearning to talk, eat and more. Due to these strokes, his legs have become deformed as the bones have rotated in his legs and feet and in 2015, Caleb had a surgery to fix his feet as the pain became unbearable.  After the surgery, he developed a staph infection in one of his feet which kept him off his feet for nearly six months. Pain in his knees continued, and on December 1, 2016, Caleb had knee surgery – the 30th surgery in his lifetime.

Caleb is now cancer free, but he will live with the side effects of this disease and the treatments for the rest of his life.

To make a donation to fund child brain cancer research in honor of Caleb and his fight, click the red donate button at the top of the page.