Burkhead & Qvale Represent Team Jack for My Cause My Cleats 2020 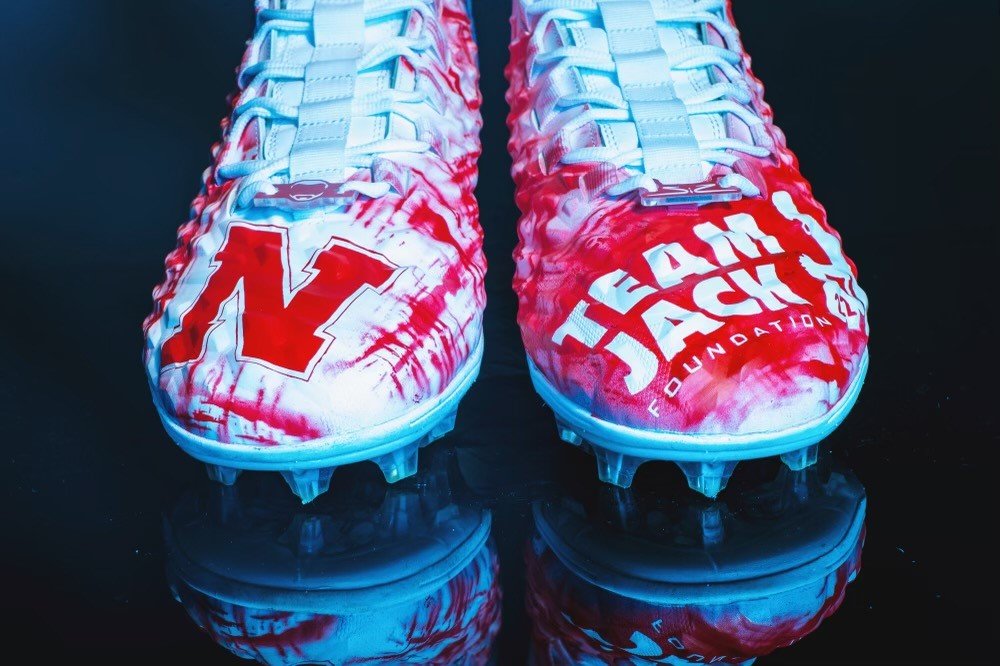 ATKINSON, NE — The year of 2020 has been nothing but unpredictable due to the Covid-19 pandemic. Even in the NFL football season everything is week to week. One thing that has remained unchanged is the My Cause My Cleats campaign sponsored by the league. Since 2017, players have been able to select a charity of their choice to represent on custom-made cleats to wear during the week 13 games. Then the cleats are sold either via the NFL Online Auction website or by an alternate avenue chosen by the athlete, with profits going toward their selected charity. 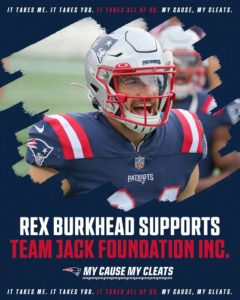 This year, Team Jack was represented by two NFL players, New England Patriots running back, Rex Burkhead, and Houston Texans offensive lineman, Brent Qvale, both members of the Team Jack Husker Alumni Chapters. This is the fourth straight year that Rex has chosen the Team Jack Foundation as his chosen charity. Unfortunately, Rex suffered a season ending knee injury in the November 22nd game versus the Houston Texans, so he was unable to sport the cleats during the game. Rex’s cleats are up for bid now on the NFL Auction. Visit https://nflauction.nfl.com/iSynApp/auctionDisplay.action?auctionId=3437605 to place your bid. Rex is also a member of the Team Jack Foundation’s Board of Directors. 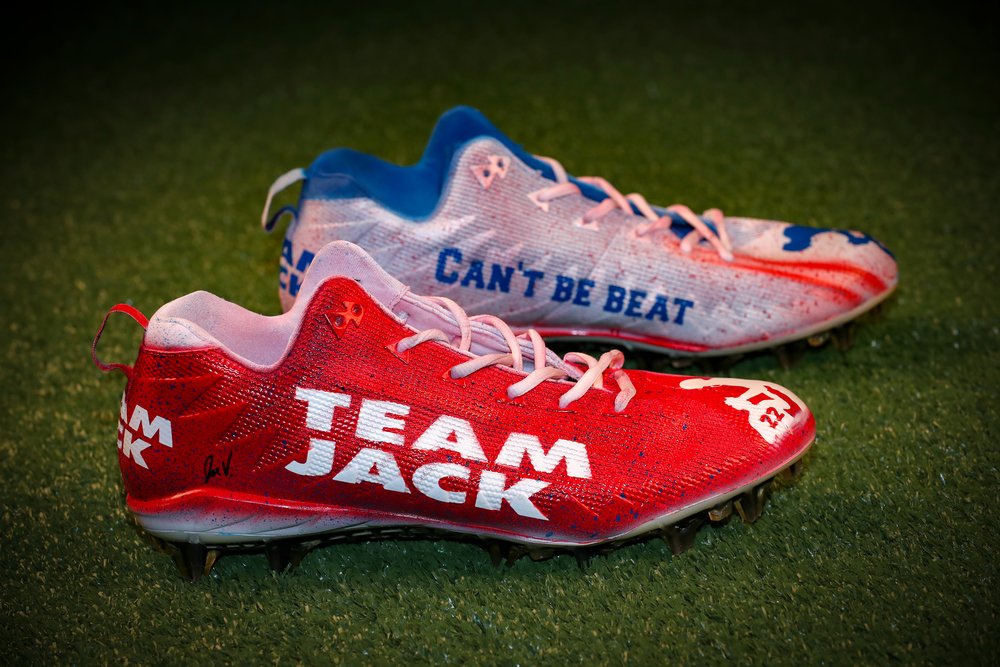 Rex Burkhead’s custom cleats supporting the Team Jack Foundation, up for bid on nflauction.nfl.com. (Cleats will be autographed).

Qvale, however, chose to represent the Team Jack Foundation with his cleats this year for the first time. On Sunday, December 6, versus the Indianapolis Colts, Qvale laced up his size eighteen custom Team Jack cleats! While his team 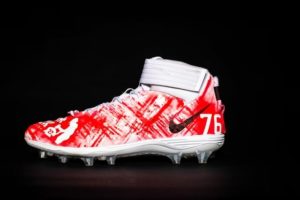 wasn’t able to come away with a win, thanks to Qvale, childhood brain cancer did. Qvale’s cleats will be auctioned off at the 2021 Team Jack Gala, which is open to off-site bidders as well as those in attendance at the event. Visit our Gala event page for information regarding the auction. 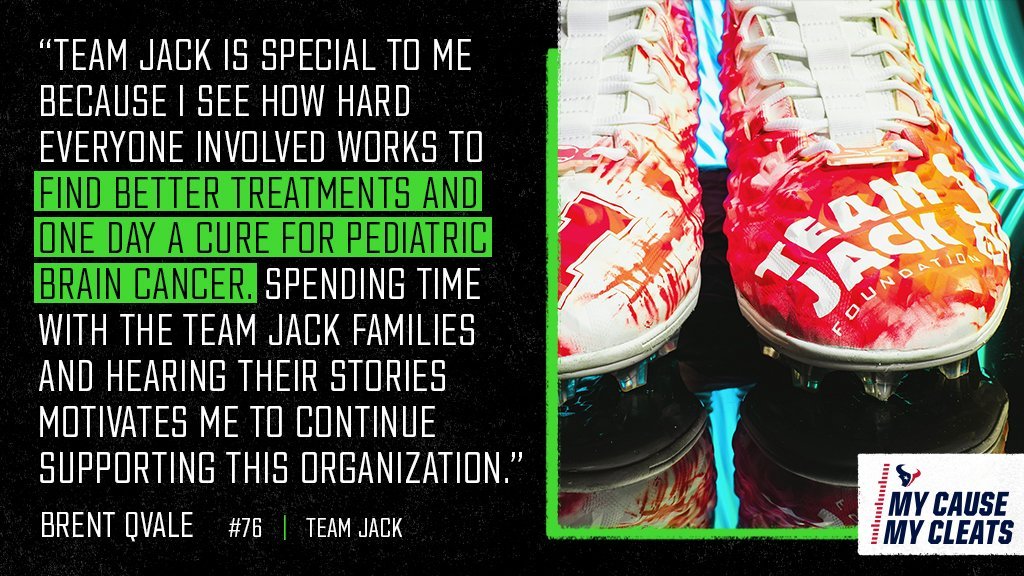 “We continue to be humbled by the generosity and dedication to those afflicted by this disease by these two former Huskers as well as many others. Their connection to the families affiliated with this disease seems to grow stronger over time and that, in addition, to their fundraising and monetary donations speaks volumes about their character. For these athletes, it is more than just writing a check. It is about using their platform to make this disease a national priority,” said Kylie Dockter, Team Jack Executive Director.