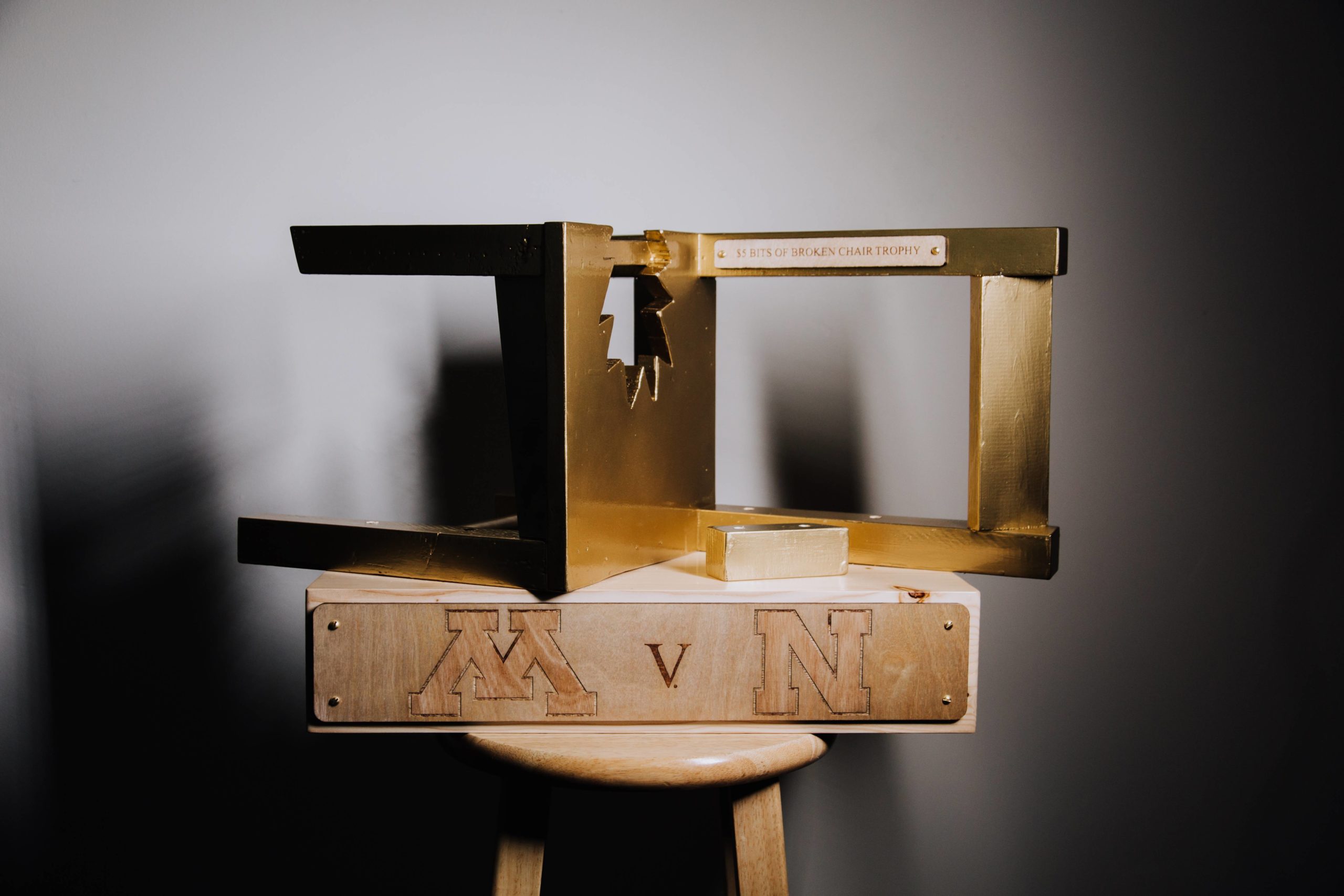 Lincoln, NE and Minneapolis, MN – The $5 Bits of Broken Chair trophy is back for a fifth year of fundraising. Through a collaborative effort between supporters of the University of Nebraska and the University of Minnesota, the fan-favorite trophy is back to fundraise for both the Team Jack Foundation and the University of Minnesota Masonic Children’s Hospital. Husker and Gopher fans donated $43,400 over the previous four years at brokenchairtrophy.com to support their cause! With a big year in donations Team Chair hopes set a goal of $20,000 this year, $10,000 for each of its fundraising partners. Both Nebraska and Minnesota fans have surpassed the original $10,000 goal and both have their sites set on $20,000!

Thanks to our partners at the Masonic Children’s Hospital, the trophy has spent the past two years on display greeting families at Kyle Rudolph’s End Zone. Donations to the Team Jack Foundation 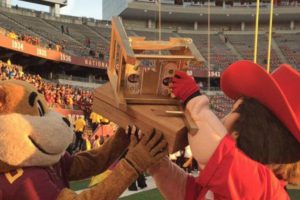 will continue to support pediatric brain cancer research, while donations to the Masonic Children’s Hospital will be put toward the Casey O’Brien’s Team One Four Infusion Center Transformation fund. Prior to the game in Minneapolis this year, the trophy will be available for photos and Team Chair will be accepting donations in and around tailgates on Saturday, October 16ᵗʰ. Donations can be made prior to gameday by visiting brokenchairtrophy.com/donate. 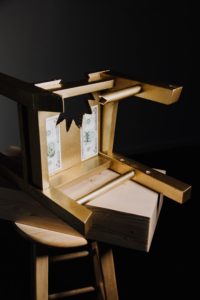 Don’t miss this chance to see the only fan-led rivalry trophy in college football dedicated to supporting charitable causes. Grab a selfie, cheer for your team, and donate some money to two very worthy chair-ities! Stay connected with Team Chair on Twitter and Facebook for the latest fundraising news!

TEAM JACK FOUNDATION
“We are excited to be part of the fan’s efforts in bringing back this trophy. The awareness and funds raised for pediatric brain cancer is a great addition to this event and we appreciate the opportunity. Pediatric brain cancer is the leading cancer cause of death in children affecting 4,600 kids each year. It is important that we make this a national priority which is exactly what being tied to this fundraiser does. We are forever grateful to the fans for including us.” -Kylie Dockter, Executive Director of the Team Jack Foundation