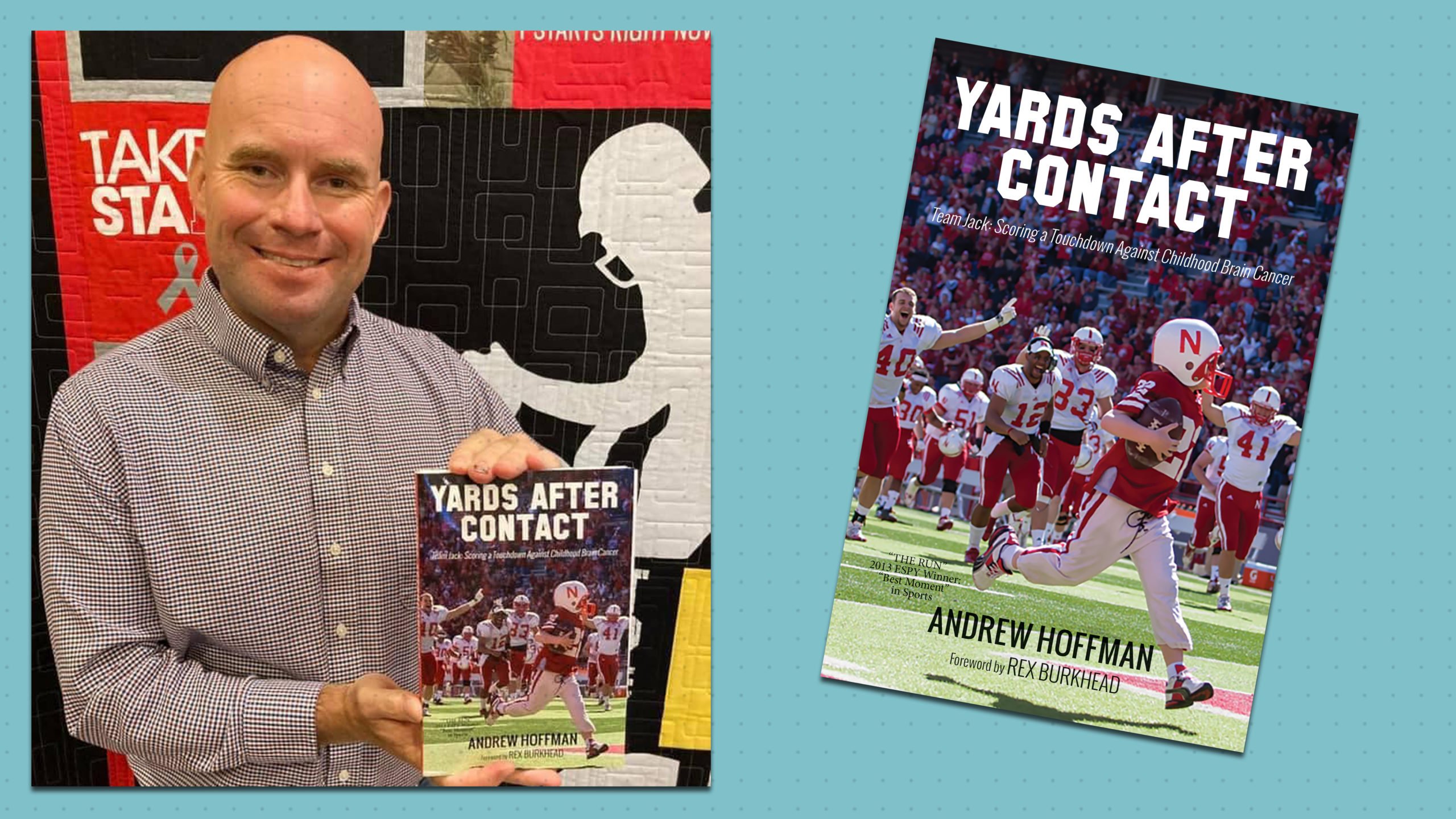 We are pleased to announce that Yards After Contact, written by the late Andy Hoffman, with foreword by Rex Burkhead, will receive the Nonfiction Memoir Honor award at the 2021 Celebration of Nebraska Books. Hoffman finished writing Yards After Contact, the book about his son’s battle with brain cancer, just two months before being diagnosed with brain cancer himself. After battling for seven months, Andy passed away on March 1, 2020. He never stopped advocating for childhood brain cancer or the Team Jack Foundation, the non-profit he founded in 2013 to raise awareness and research for the cause. The award ceremony will take place at the Nebraska History Museum in Lincoln, Nebraska on October 23rd. Continue reading for a complete list of award winners.

Fiction: The Brightest Place in the World by David Philip Mullins. Publisher: University of Nevada Press

Nonfiction Legal History: A Question of Freedom: The Families Who Challenged Slavery from the Nation’s Founding to the Civil War by William G. Thomas III. Publisher: Yale University Press

Nonfiction Memoir: Dancing with the Octopus: A Memoir of a Crime by Debora Harding. Publisher: Bloomsbury Publishing

Nonfiction Military History: A Mighty Force for Peace: A History of the Former Lincoln Air Force Base by Robert M. Branting. Publisher: Infusionmedia

The Celebration of Nebraska Books, on October 23rd, will also honor winners of the 2021 Jane Geske and Mildred Bennett awards. The Mildred Bennett Award recognizes individuals who have made a significant contribution to fostering the literary tradition in Nebraska, reminding us of the literary and intellectual heritage that enriches our lives and molds our world. The Jane Geske Award is presented to a Nebraska organization for exceptional contribution to literacy, books, reading, libraries, or literature in Nebraska. It commemorates Geske’s passion for books, and was established in recognition of her contributions to the well-being of the libraries of Nebraska.

The 2021 One Book One Nebraska selection, Prairie Forge: The Extraordinary Story of the Nebraska Scrap Metal Drive of World War II by James J. Kimble (Bison Books, 2014) will be featured in a keynote presentation by the author. The introduction of the 2022 One Book One Nebraska book choice will conclude the festivities.