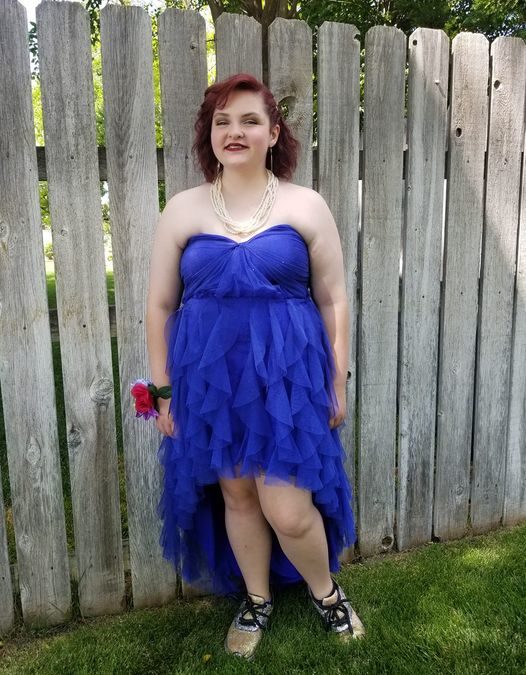 Donate in Honor of Abbey
Unexpected. Unexplainable. Unanticipated. All of these are words you could use to describe unfortunate events. You may assume nothing bad is going to happen in your seemingly safeguarded life. It’s difficult to imagine that a terrifying car wreck, a fatal illness, or sudden financial instability could not possibly happen to someone like you. But when something traumatic does strike, how do you help yourself and others in similar situations?

For freshman Abbey Girard her symptoms were minor in the beginning, with little interference to her daily routine. It began with waves of headaches and nausea, and then transcended into a swelling eye. Once it got to this point, the Girard family knew it was time to see a doctor.

On March 3, 2016, Abbey Girard was diagnosed with brain cancer, medulloblastoma, an aggressive malignant tumor. It was residing on her cerebellum, but was fortunately not attached to her brain stem.
Typically, medulloblastoma prevents fluid from moving in the brain which leads to immense skull pressure proceeding fluid buildup. As a grade four tumor, it was not only dangerous, but potentially life-threatening.“If it [the tumor] were to go untreated, it is terminal,” said Abbey’s mom, Lisa Girard.

In a rather rural Nebraska town, cancer treatments and facilities specifically for Abbey’s tumor were not readily available. For this reason, Abbey and her family traveled to Colorado for pediatric care. After an MRI scan and visiting with several doctors, the Girards received word that Abbey’s cancer was not directly life threatening. The immense relief that they felt was like shock waves through the family.

According to the ASCO (American Society of Clinical Oncology) foundation, brain cancer accounts for one out of every four cancers found in children. It is the leading killer right behind leukemia. The chances of bearing this type of brain cancer is most common among children under 10, although Abbey’s tumor wasn’t discovered until she reached 12. Abbey was fortunate enough that her brain tumor could be completely removed with immediate surgery.

Although the brain tumor was removed, Abbey’s battle wasn’t finished yet. “I thought because [the doctors] took the tumor out they should be done now,” said Abbey. Post-surgery, Abbey endured radiation and eight rounds of chemotherapy. Since she was so young, Abbey’s body could not handle as much chemotherapy as she needed. Before her ninth chemo appointment, on July 30, 2017, her doctors announced that this would be her final round. The hospital celebrated by throwing her a surprise “end of treatment” party.

During numerous chemotherapy sessions and radiation treatments Abbey‘s parents encouraged her to persevere, but once the tough parts were over, it was pure joy for her family. They were ready to slowly get back into the normal groove. “I thought I wouldn’t have any issues after I had chemotherapy and radiation but that’s not true,” said Abbey. Because the cerebellum controls balance and cognitive functions, Abbey said she had “a bunch of learning disabilities and even had to learn how to walk again.”